Home Destinations 10 Things to Do in Newcastle, England 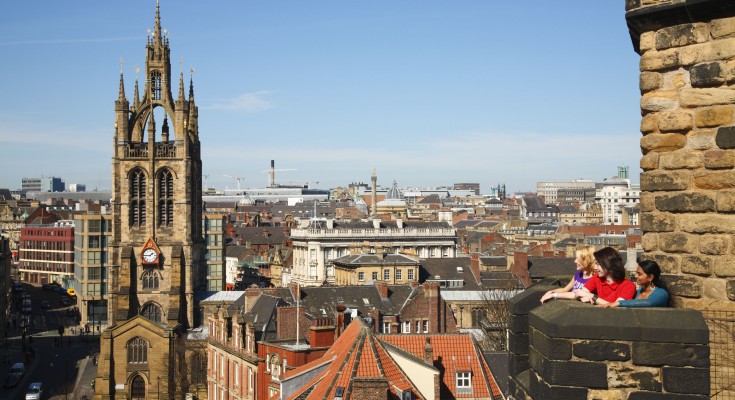 10 Things to Do in Newcastle, England

England is so much more than just London. If you’re thinking of visiting the UK, get off the beaten path and head up north to visit Newcastle. The city is just over an hour away from London by plane and three by train from King’s Cross, making it a good option for an easy and inexpensive weekend trip, whether you’re studying abroad in London or just visiting. With the launch of United Airlines’ direct service from Newark Airport to Newcastle International, and plenty of other direct routes from the US into the North of England, it’s now super easy to explore up north. So here are 10 things to do when you get to Newcastle. 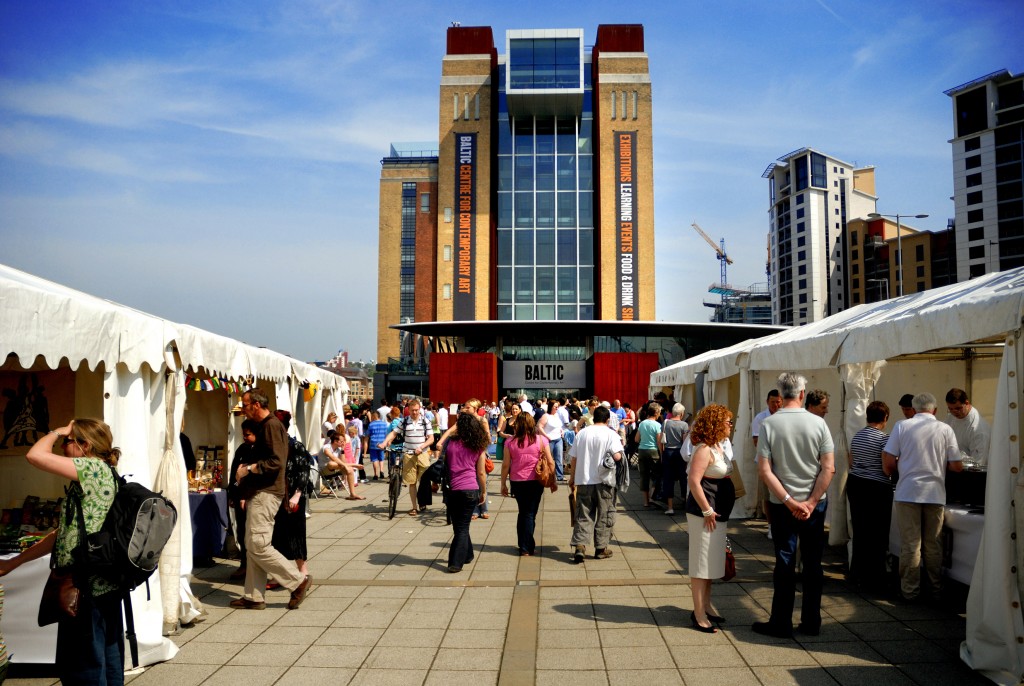 1. Get your modern art fill at the Baltic Centre for Contemporary Art

Housed in an old flour mill, the Baltic is Newcastle’s version of London’s Tate Modern, and it’s free too. This is probably the most popular thing to do when visiting Newcastle, and even if you’re not a fan of art, it’s worth a visit if just for a good view. Take the elevator to the viewing platform on the fifth floor to see across the city, including the Tyne Bridge.

2. Take a walk along “Britain’s Hippest Street” (according to Google)

The Baltic sits along South Shore Road, which was named as the hippest street in Britain at the Google Street Awards (yes, apparently that’s a thing). Besides leading to the Sage Gateshead (we’ll get to that) there’s not a ton to see, but it’s a great place to set yourself up for some ironic hipster photos before stopping off at one of the many great pubs along it for a pint or two.

3. Be a local in the Ouseburn

An area that locals love but visitors often don’t know about, this regenerated area is now considered a cultural hub of Newcastle. Old factories have been transformed into bustling bars and pubs, workshops, studios and music venues. It’s also host to the annual Ouseburn Festival, and you can even find a city farm, complete with a stable, to visit. 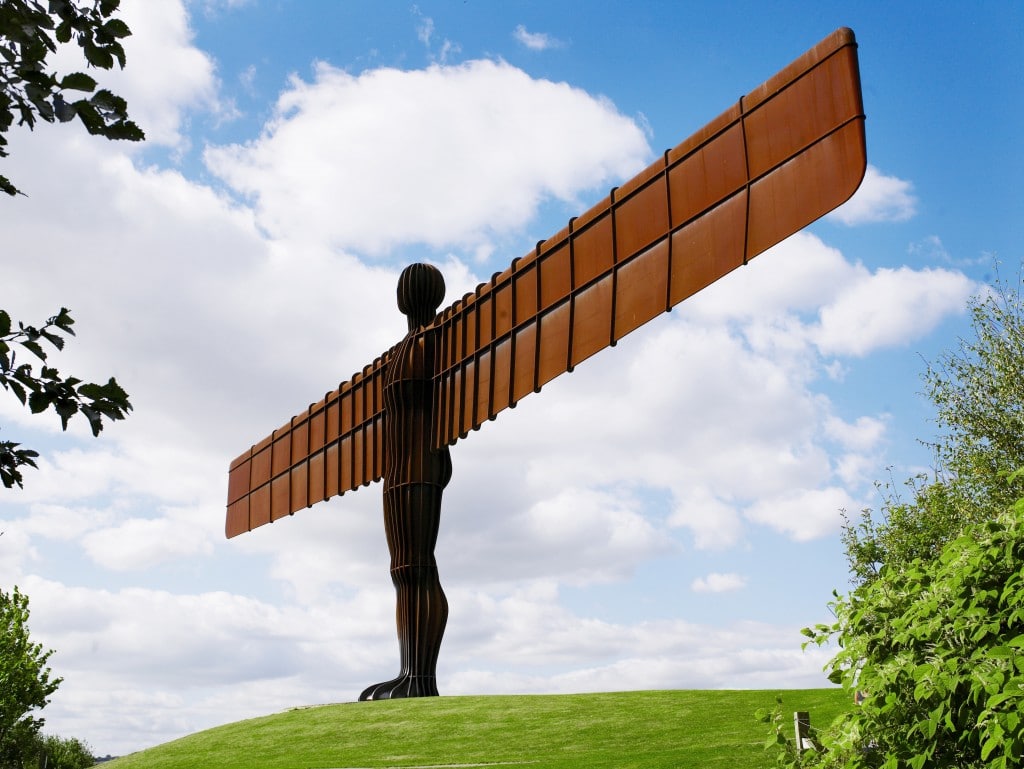 If you prefer to experience your art outdoors, check out one of the art trails around Newcastle. With the city’s regeneration it’s seen around 100 pieces of art pop up around the city, read for the public to enjoy (and Instagram, if they so choose) See sculptures, monuments, contemporary art pieces and more. Download the guide to the art trails on the Newcastle Gateshead site.

A meal with a history lesson? Mom and Dad will be proud. Blackfriars was established as a Dominican friary back in 1239, making it an important part of Newcastle’s history. It’s now one of the city’s most famous restaurants and has the awards to back up the fact that it’s not just a tourist trap. The food is reasonably priced for what you get, and their set menu option for lunch and early weekday evenings is budget-friendly. 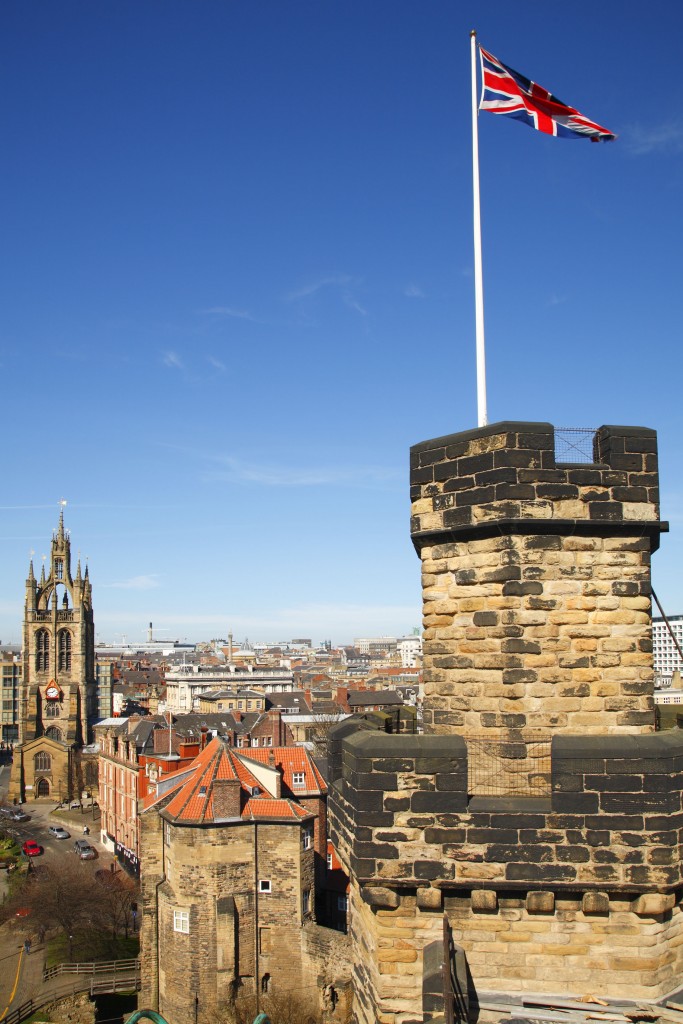 6. Get medieval at Newcastle Castle

The castle that gave the city its name, it’s just recently reopened to the public after a massive piece of renovation work which has revealed quite a bit about its less-than-lovely history— we’re talking stories of prisoners’ terrible murders and a tale about a kid being killed by a flying donkey. Visit for an interesting history lesson as well as some beautiful views. And if you’re lucky, you’ll spot The Poppy Girl, the ghost of a prisoner who was beaten and killed in the castle prison.

For independent shops, restaurants, pubs and bars, head to the Highbridge Quarter area, one of the last places in Newcastle that still has cobbled streets— so classically English. If you’re up for shopping, vintage lovers will love Attica.  If you’d rather get your food, drink or dance on, visit Pleased to Meet You, a gin and draft bar, or Newcastle’s oldest pub The Old George (King George I is believed to have been a regular). Finally, for a laugh, pop into Stand Comedy Club. 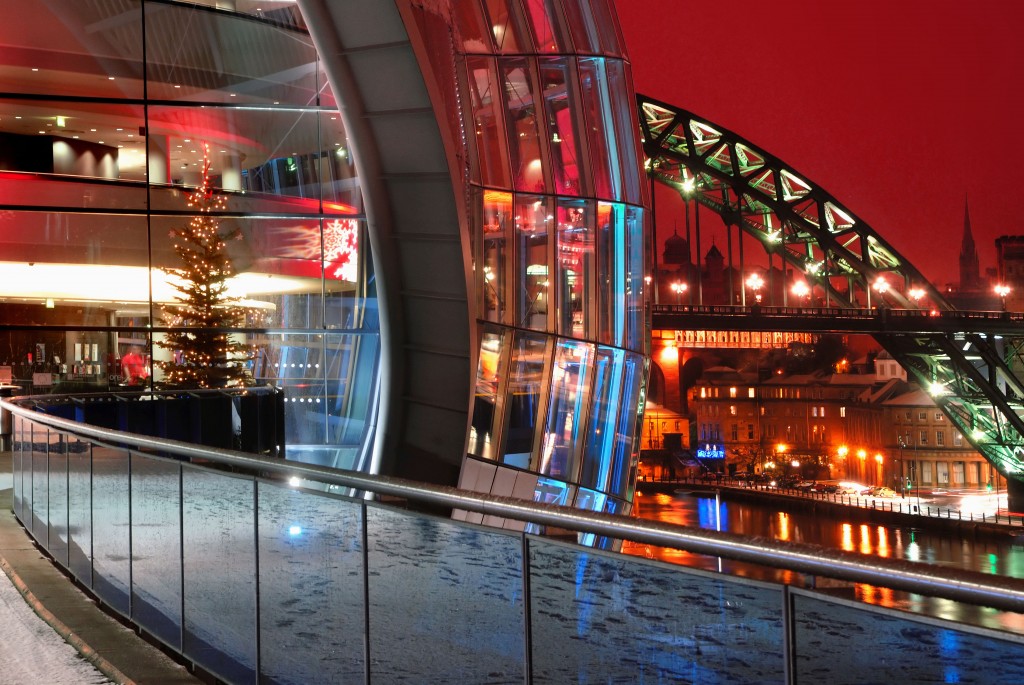 8. Take a tour or see a show at The Sage

The Sage Gateshead is concert venue just a short walk down the river from the Baltic, and is known for its unique architecture. All types of shows and concerts happen there throughout the year but even if you can’t make it to one of those, a visit to the venue is worth it. You’ll also find a nice view of the quayside and a great cafe when you get hungry after taking it all in…

This is one for the history buffs. This beautifully preserved four-story building is a lesser-known attraction but has an interesting story behind it. The building is two merchants’ houses, dating back to the 16th and 17th century, but were named “Bessie Surtees House” as it was the scene for the 1772 elopement of Bessie and John Scott, who then went on to become Lord Chancellor. The rooms are still finely decorated, and admission is free. 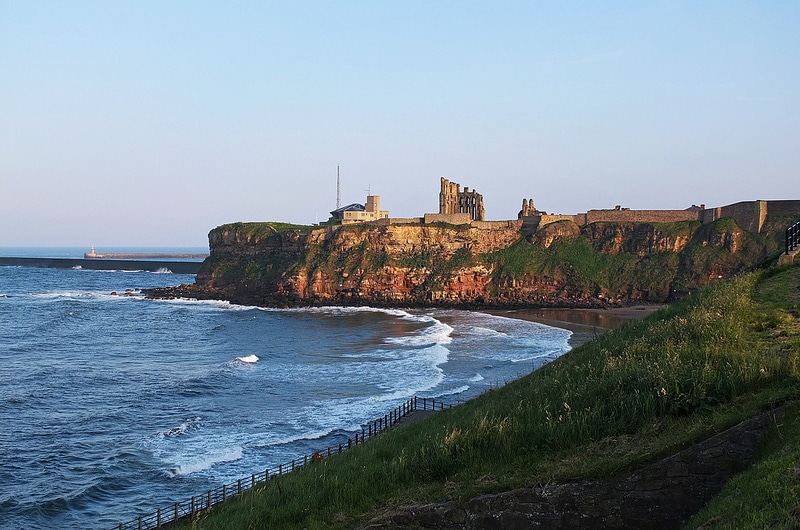 Take the yellow line on Newcastle’s metro for about 25 minutes and you’ll soon reach the town of Tynemouth, the perfect place to experience a bit of northern English coastline. This is the place to grab some fish and chips (try Marshall’s on Front Street) and to bask in the brisk seaside air. Every weekend there’s a flea market at the metro station— you literally step off the train and into a world of funky and interesting wares.

For more ideas for what to do in Newcastle, be sure to check out www.englandsnorth.com 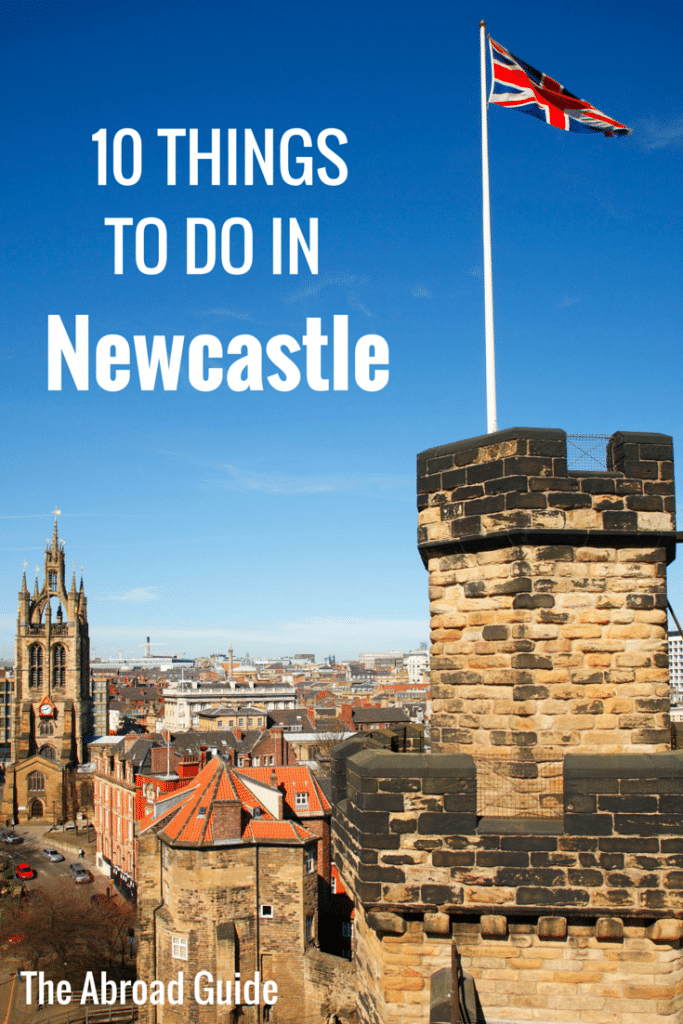