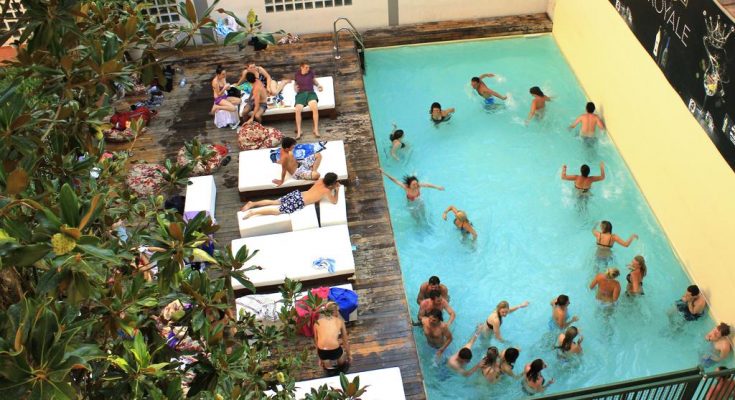 The Best Hostels in Florence to Book a Bed In

I’m going to be honest, Italy’s renaissance city has a lot of less-than-amazing hostels. To find the best hostels in Florence, it can be hard if you don’t know what you’re looking for and have never been to the city.

Having lived in Florence and knowing the hostel sector pretty well (I ran a pub crawl and frequently visited hostels around the city for meetings and such), I’ve got some smart tips for you to follow to help you find the perfect hostel for you, plus I of course have included a list of hostels and B & Bs that I think are really great options. 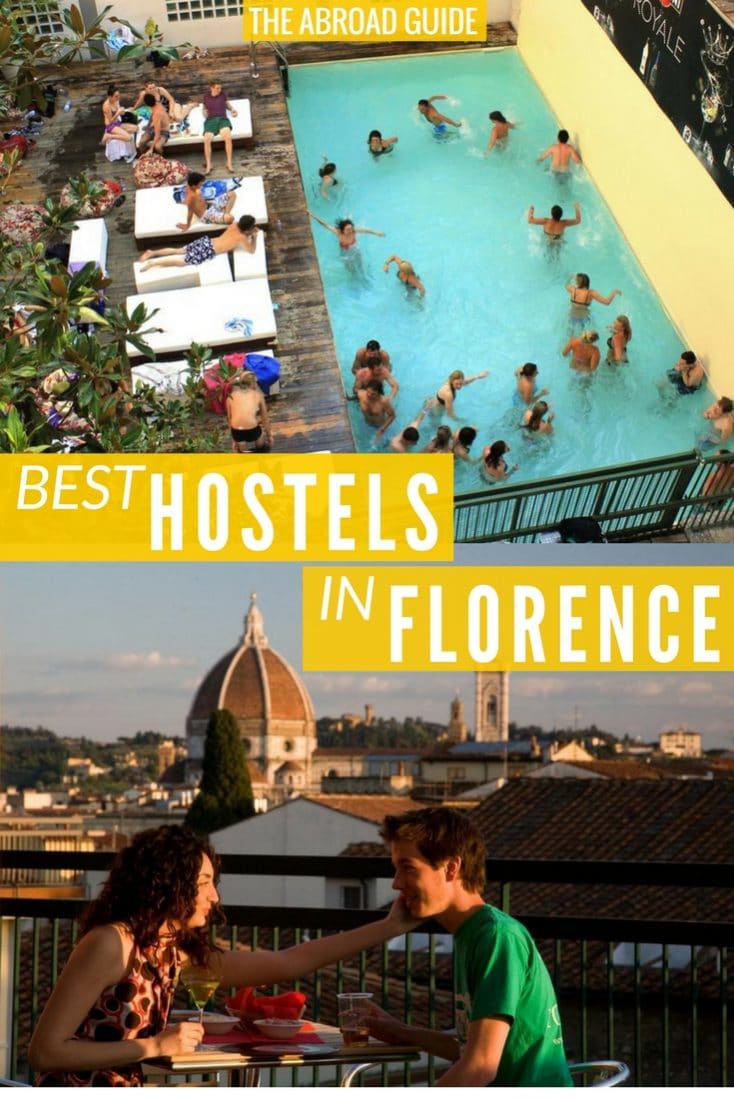 Smart tips for finding the best hostels in Florence

There aren’t many (good) hostels

As I mentioned, Florence doesn’t have loads of hostels, and a pretty significant chunk of them are, well… I wouldn’t recommend you to stay in them. But there are quite a few affordable hotels and B & Bs that have rooms that can hold up to four people in them, and when you split the room cost by four, it’s quite good value, plus you get some luxuries you wouldn’t get at a hostel.

The list of places I’ve recommended later on include some of those B&Bs, as I think they’re a great option for people looking to book multiple beds for a few people, otherwise we’d be quite limited in the amount of hostels that I’d actually feel comfortable recommending to you that I would actually consider to live up to “the best hostels in Florence” title of this post.

Firenze gets to be incredibly hot and sticky in the summer months. Because of how old the buildings in the city are, even some of the best hostels in Florence don’t offer air conditioning. If you’re visiting June-August, have a look at whether air conditioning is offered and make a decision on whether or not you are willing to compromise on air conditioning.

I personally lived in Florence without it, but, I won’t lie, it does get uncomfortable. If you go sans-AC, in the least, make sure you will be given a fan to use while you sleep. It’s amazing what a bit of a breeze can do.

Some hostels in Florence have lockouts/closed reception times

Before booking a hostel or B&B in Florence, look at the description of the place to see if there are lockout time or closed reception times. This is fairly common across the city, as lockout time lets cleaners get the cleaning done fast, and not all hostels want someone on the check in desk full-time. Keep that in mind if you plan to check in really late at night or will want to take a nap during the day, when lockouts usually are.

Modern is a major luxury in Florence hostels

If you’re used to staying in super modern hostels like St. Christopher’s Inns or Generators, you won’t find that as much here in Florence. A couple of the hostels mentioned below are a modern by Florence standards, but for the most part, expect older buildings and rooms, as well as decor. That of course doesn’t mean it’s not clean or nice, plus, it’s kind of cool to stay in a traditionally Italian building that was built hundreds of years ago.

Florence is very walkable, for the most part

One of the things you will love about Florence is how easy it is to get around. For the most part, you can walk everywhere, and the city has even recently introduced a city bike system, which will let you go a little further afield.

However I left a few good hostels off this list because of their location. Having lived in the city, I know the truth about how far they are from areas that you’ll likely want to go to. I’ve commented on the location for each recommendation down below, so you can decide for yourself how far you’re willing to stay from the major sites and such.

On the above note, taxis aren’t cheap in the city, so if you’re planning on a night out, keep that in mind if you’re on a serious budget and plan to get a taxi back from the club. Florence is usually ok to walk in late at night, however I never recommend walking on your own and when possible, girls should walk in a bigger group.

Again, keep all of this in mind when you’re looking at the location of a hostel you might want to book in Florence.

You can find both, but you’ll find more on the quiet side. If you want to have a few drinks, I’ve included my recommendations for the best party hostels in Florence in the list down below.

You’ll have to pay a tourist tax

Florence has been charging a tourist tax on accommodation for a few years now, but starting 1st of January 2018, that tax has become €2 per night, per person. You’ll pay that when you check in, and some places might ask for cash.

The best hostels in Florence, Italy (plus some B&Bs) 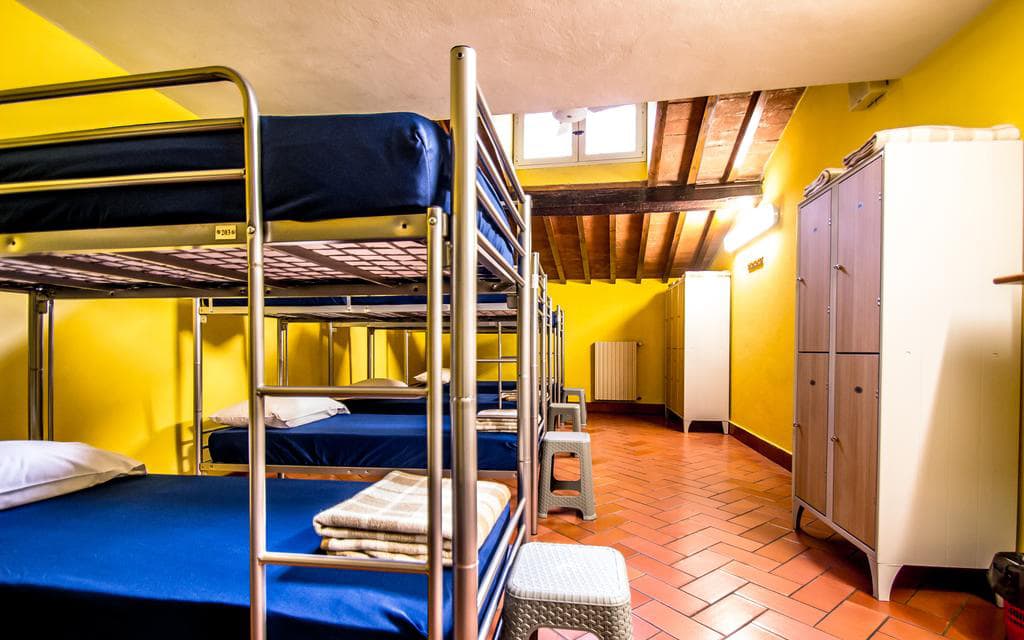 Hostel Santa Monaca, built in an ex-convent, is located on the south side of the Arno River, in an area call Oltrarno, that’s much quieter than the north side. You’ll be close to Santo Spirito, a favourite local area for chill wine bars and restaurants. In terms of affordability, the 22-bed dorm will give you one of the cheapest beds in Florence. 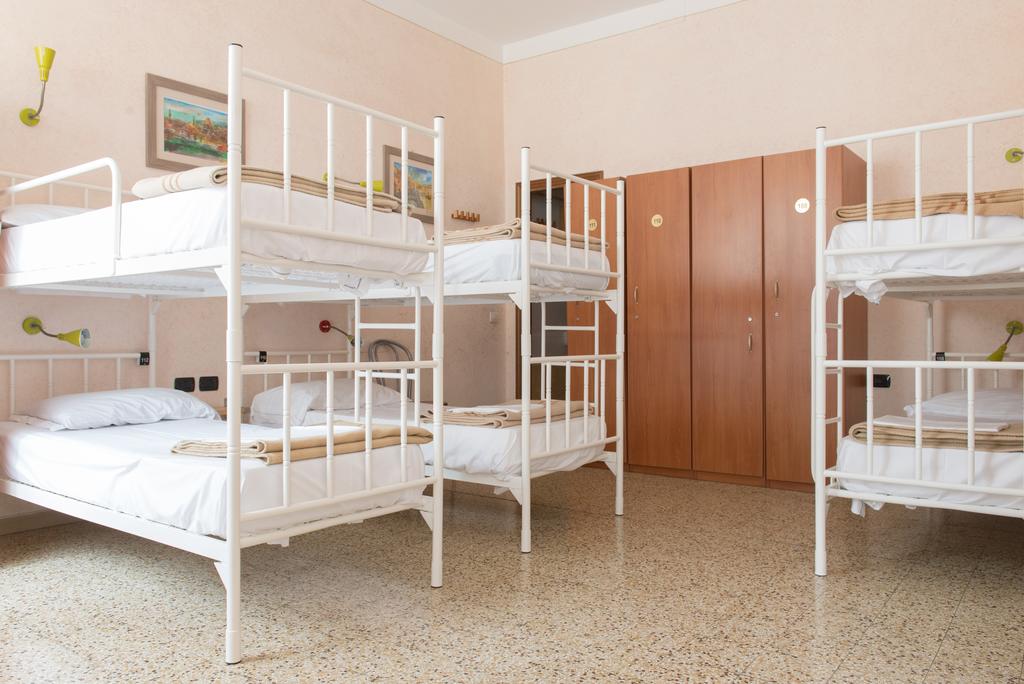 This hostel has been around for a while and has always been known as one of the best hostels in Florence. It’s in a good location that’s just a few minute’s walk from the main train station and is incredibly close to the Mercato Centrale, the main market in Florence which is a must-visit, especially the upstairs. Beds are affordable, and there’s a nice outdoor hangout area, plus free breakfast and a spa! 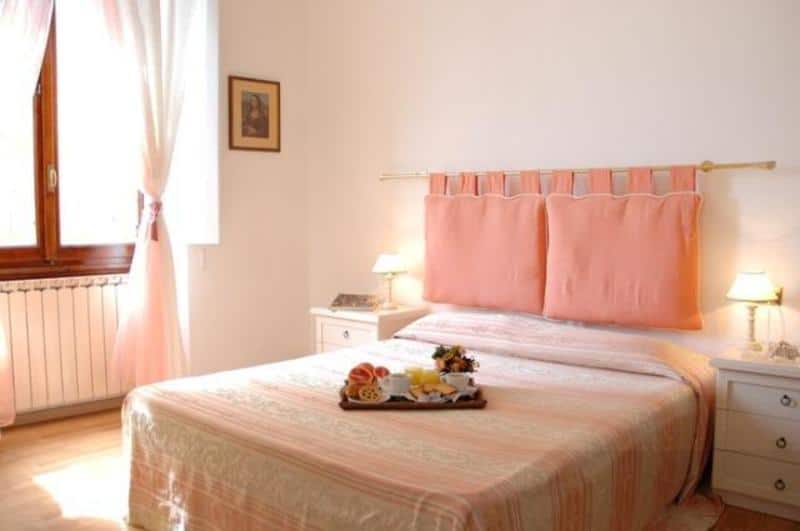 Promenade is a B&B that has rooms with 1-4 beds, so it’s an affordable option for smaller groups or solo travelers. You’ll be just a few steps down the road from the world-famous Ponte Vecchio and the Piazza Pitti, and about a 15 minute walk (climb) from Piazzale Michelangelo, a free viewpoint. Stay here and you might have views of the Ponte Vecchio and the Arno River, plus you’ll have many of the typical amenities you’d get at a hotel, like in-room TV and daily cleaning. You do have to pay extra for air conditioning, however, but at least it’s an option!

According to Hostelworld, you can book a really affordable taxi from the Florence airport through them. 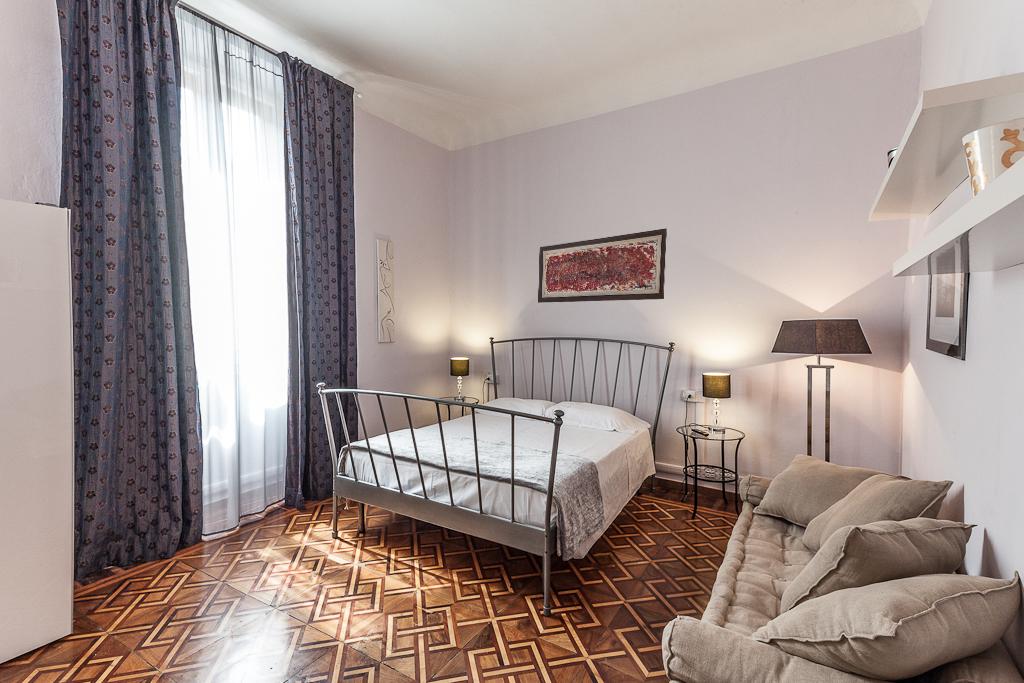 This is another B&B option in Florence for those who might have a little more budget to spend between you and your travel buddies. They offer modern, beautiful rooms with up to three beds. The location is also very good, being in the San Lorenzo neighborhood, which put it only a few minute’s walk from Florence’s main train station and the Mercato Centrale, plus a load of other popular sites like the Duomo, Piazza Repubblica, and much more. 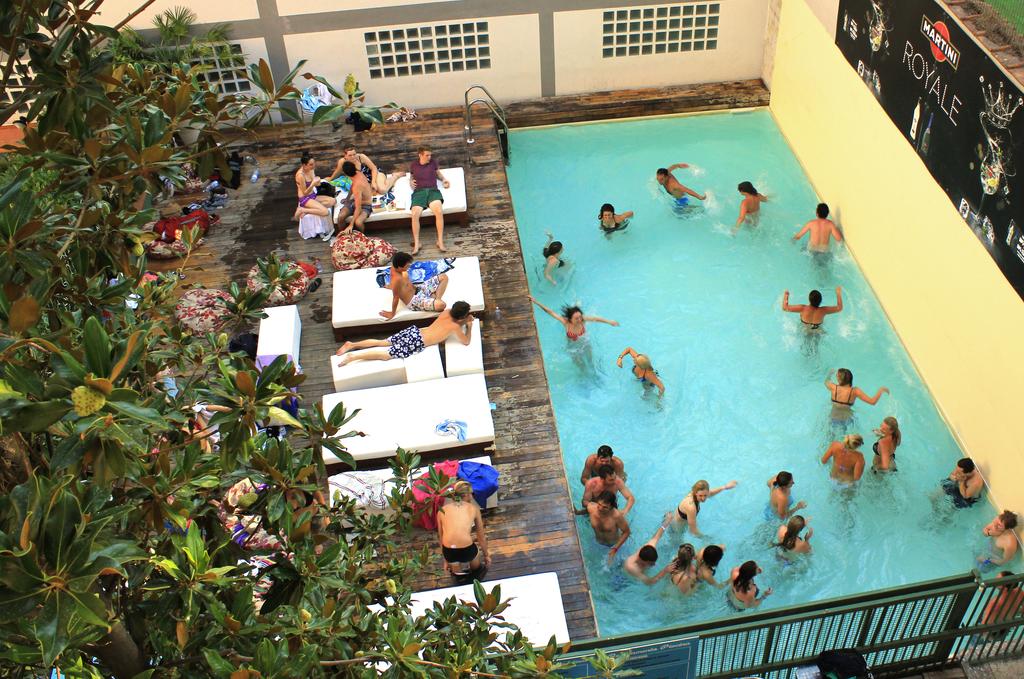 If you want to party in style, stay at PLUS. This massive hostel has literally everything, including a bar/cafe, a rooftop swimming pool (needed in the summer), sauna, fairly modern rooms, and lots of common areas to meet other travelers. The downside of PLUS is the location, it’s only about a ten minute walk from the train station, however it’s quite a walk (20+ minutes) to some other popular areas like Santo Spirito and Santa Croce, but it’s still one of the best hostels in Florence. 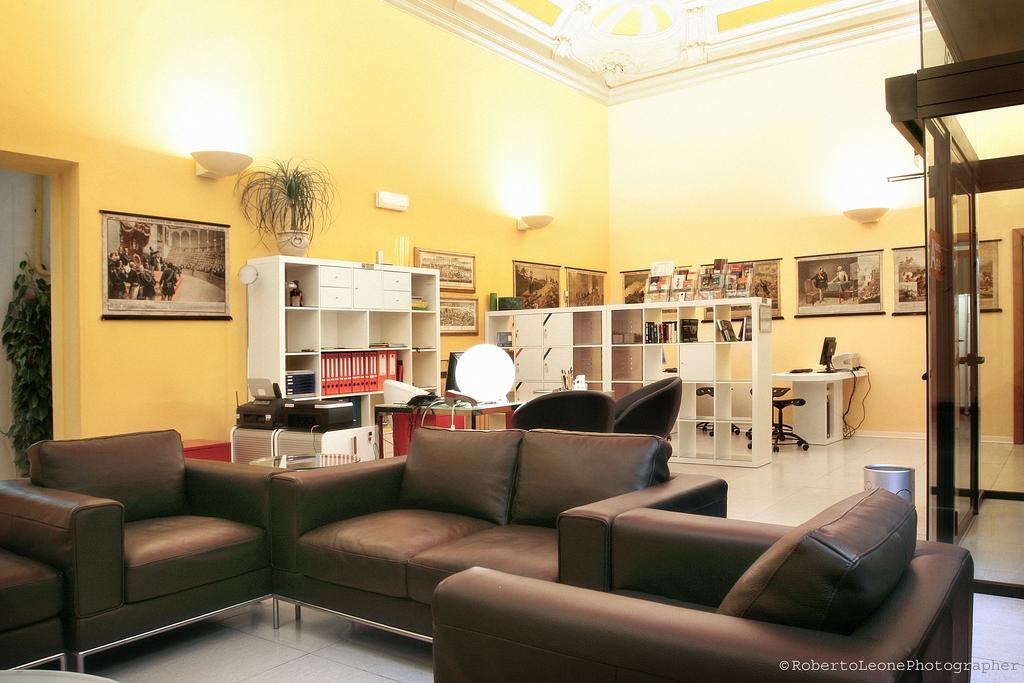 In terms of location, Academy Hostel might rate the best out of all of the places on this list. It’s located just a couple of minutes from The Duomo (the epicenter of Florence) and therefore it’s not really a very long walk from anywhere in the city. It’s a small, quiet hostel in a beautiful old Italian building, with a lovely little outdoor area to have breakfast if you’d like. Academy is the best hostel in Florence for more mature travelers and people who just aren’t really into partying late into the night. 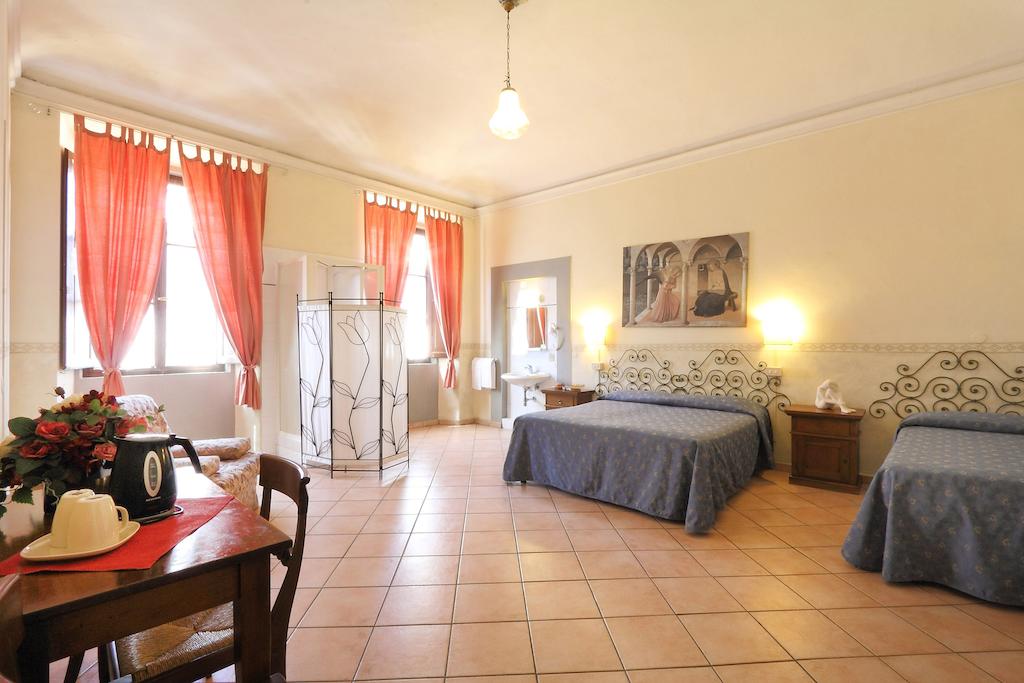 Hotel Bavaria is located in Montalvo Ramirez palace, and is situated nicely between the Duomo, Piazza Signoria and Santa Croce, so you’ll be within the hustle and bustle, while also being very close to some of the city’s best bars and restaurants. It’s a quiet B&B that has rooms that can hold up to four people, with both ensuite and shared bathroom options. Expect a calm and quiet atmosphere of more mature guests.

As an ex-local, these are what I think are the best hostels in Florence (plus some B&Bs) for anyone visiting the city this year. If you need some tips for things to do while you’re there, here are some top things to do with two days in Florence.

Previous PostTop European Cities to Visit in the Spring Next PostHow to Study Abroad, in 10 Steps