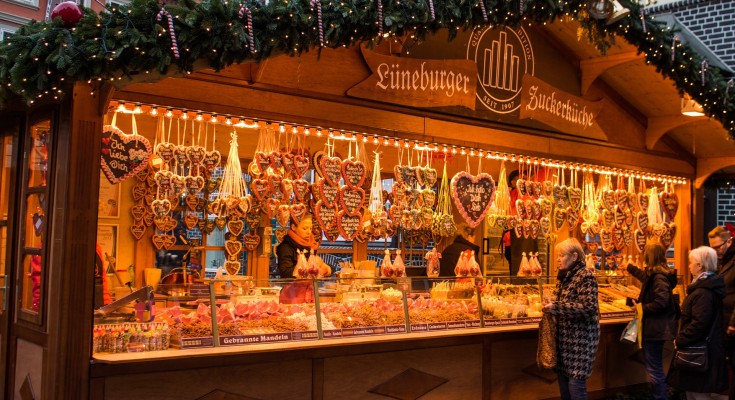 7 Festive Christmas Markets To Visit While in Europe

Every November, what seems like the entirety of Europe is transformed into absolutely breathtaking, real-life versions of Dr. Seuss’ imaginary holiday town. The focal point of nearly every town and city is, of course, its Christmas market, where larger-than-life Christmas trees are surrounded by tiny wooden chalets selling handmade decorations and piping-hot mulled beverages. Every Christmas market is unique and full of regional holiday goodies and handmade crafts, and most are steeped in rich history, offering much more than just booths full of fresh food.

Because of Europe’s plethora of stunning Christmas markets, we’ve compiled a list of the best markets to help you decide how to spend the holiday season in Europe. 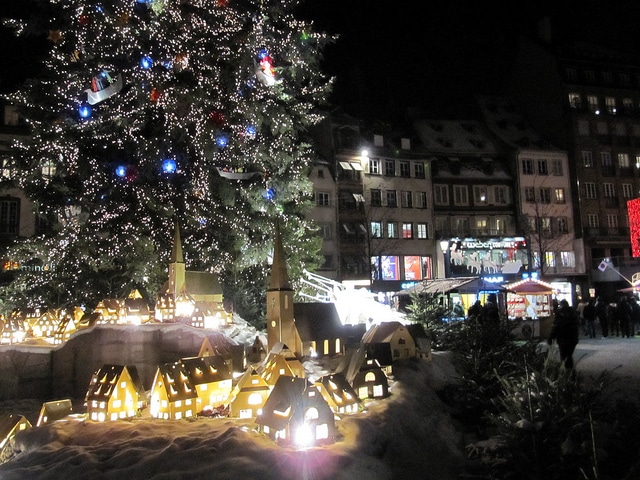 Strasbourg is frequently voted the best Christmas market in Europe, complete with caroling choirs, a live Nativity, and an ice skating rink. Often referred to as the “capital of Christmas”, this small city’s market is believed to be the oldest in Europe (over 440 years old). The combination of French and German influences makes this area particularly festive and unique, especially around Christmas. Be sure to check out the 11 different “villages” spread out all over the city, each with a special theme and different types of food and festivities. Despite the market’s fame and size, it maintains a warm and welcoming environment. 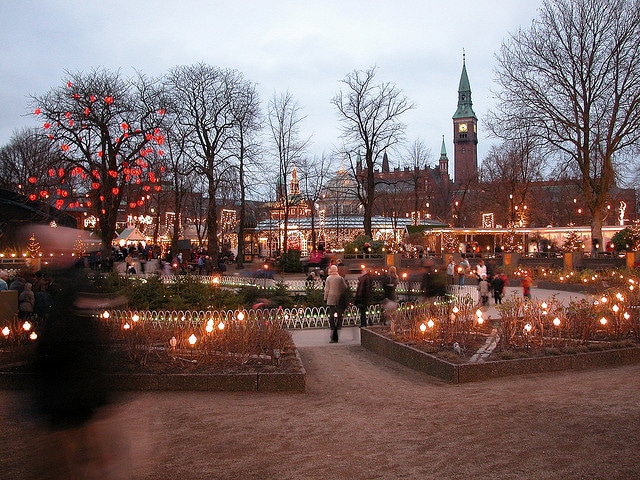 A city based around hygge, or the concept of coziness, Copenhagen simply oozes with holiday spirit. As the home of Hans Christian Andersen, who can be surprised that this fairytale city is one of the best for Christmas markets. Tivoli Gardens, its famed amusement park, hosts one of the best Christmas markets in the area. Almost four miles of lights are draped along the many rides, market booths, and brand new Alp Village. Don’t miss out on their Nutcracker performances featuring costumes designed by Queen Margrethe of Denmark. There are several other markets, exhibitions, and concerts spread out all over the city that are definitely worth checking out (particularly the crafts market along the Nyhavn district canal). Be sure to try æbleskiver (iced doughnuts with black currant jam) and gløgg (hot mulled red wine with raisins, almonds, cinnamon sticks, and cloves). Also look for nisser, which are tiny household elves that infest Denmark around Christmas and expect bowls of porridge in the attic in order to give out presents.

Stay warm while traveling in Europe in the winter with these must-have items for cold-weather travel. 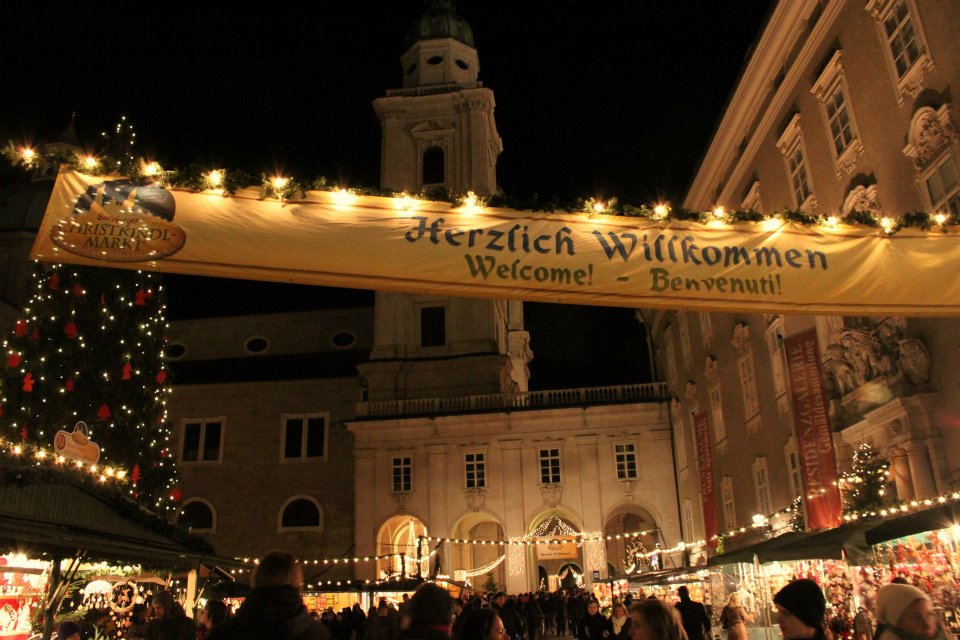 One of Europe’s oldest markets, the Christkindlmarkt (market of the infant Jesus) in Salzburg gives off a much more intimate and warm feeling than some of the larger cities’ markets. Salzburg is without doubt the best place to go for great holiday music, as the birthplace of Mozart features many wonderful holiday choral and orchestral performances. Also the home of the carol “Silent Night”, visitors can see the composer’s home as well as the chapel where Silent Night was first performed almost 200 years ago.

There are three beautiful Christmas markets right in Salzburg (including one at Schloss Hellbrunn, which houses one of the largest Advent calendars in the world), in addition to an awesome market tour in the Salzkammergut, or Austrian countryside outside of Salzburg. Don’t miss out on the annual Krampuslauf, where locals dress up as a beast-like creature from Alpine folklore that punishes children who misbehave before Christmas (and we thought getting coal was bad).

Salzburg is a cool city to visit any time of the year– check out our guide to visit Salzburg. 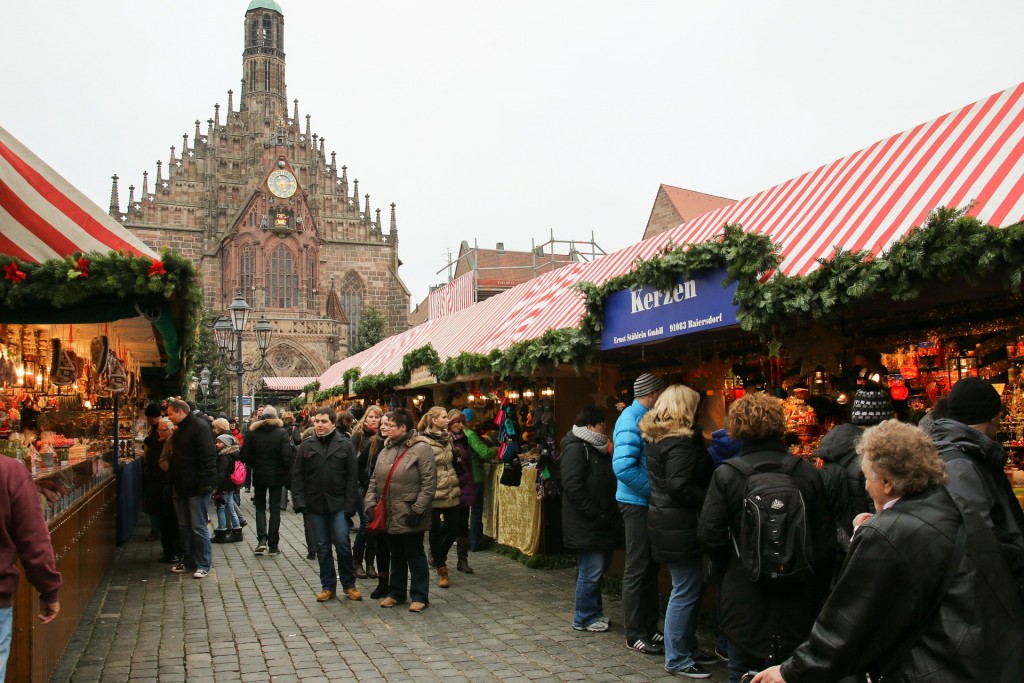 An already charming city, Nuremberg is transformed into a stunning holiday display every year. One of the oldest German Christmas markets, over 180 stalls are concentrated in Hauptmarkt Square, where there is a great emphasis on keeping the non-commercial traditions alive: market officials enforce many traditional rules including no plastic wreaths/greens and no pre-recorded Christmas Muzak (Nuremberg deserves a serious high five for this). This city is known for its high-quality hand-made goods, so visitors can enjoy strolling through stalls filled with beautiful ornaments, festive crafts, and tree decorations.

On the Friday before Advent begins, the golden Christmas Angel appears on the Frauenkirche to recite the opening prologue that marks the beginning of the market season. Thousands of people flock to Nuremberg to witness this beautiful sight. Be sure to look for the “Nuremberg Plum People”, which are tiny puppets made of figs, prunes, and walnuts. Each stall owner competes to win the “Gold Plum Person” prize for their display. 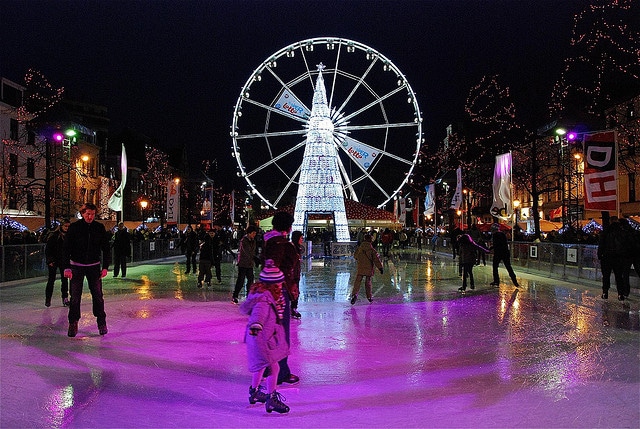 Known as “Winter Wonders”, this two kilometer long Christmas market puts a modern spin on the traditional holiday market. Established in 2000, this market is eco-friendly and reflects the city’s multicultural heritage. Every year, Brussels invites a different “guest of honor” (really a “city of honor”) to host a smaller market within Winter Wonders to share some of its own traditions, with last year featuring Quebec.

Winter Wonders also offers a nightly sound-and-light show, an ice skating rink, several holiday concerts, a ferris wheel, and many other festive events. Located at the beautiful Place Sainte Catherine, visitors will be sure to enjoy the beautifully-decorated historic buildings, 240 quaint wooden chalets hosting artisans from around the world, and tons of steaming food and beverages. Don’t forget to try a fluffy Belgian waffle and croustillon (sugar doughnut). 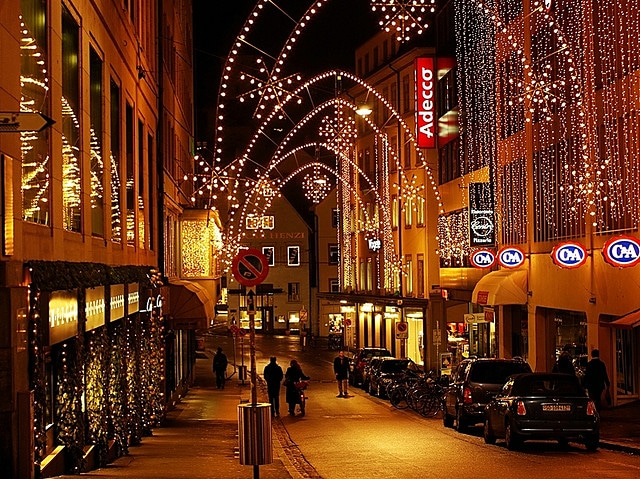 Due to its location on the Swiss, German, and French borders and influences from all three cultures, Basel during Christmas season is a must-see. Its special charm is exhibited in Barfusserplatz and Munsterplatz, right in the city center, where an enormous Christmas tree is surrounded by over 190 rustic chalets selling hand-made gifts and culinary delights. Visitors absolutely must try their soft waffles, mulled wine, and genuine Basel Laeckerli (like gingerbread). After warming your tummy, be sure to head to Theater Basel to see a new door opened every day on its literary-musical Advent calendar. 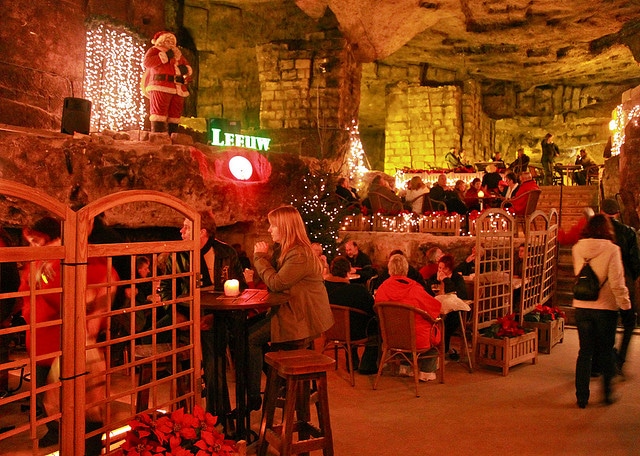 Not normally on the list of “must-see Christmas markets”, Valkenburg is home to one of the more unique Christmas markets in Europe. While most towns and cities hold their markets in the main plaza, Valkenburg hosts its markets in…get ready for it…caves. Both the Velvet Cave and the older Municipal Caves have awesome underground markets with tons of booths, lights, impressive murals, a beautiful 18th century chapel, and the iconic Valkenburg nativity scene. Be sure to take a tour of the Valkenburg Castle while in the area, which is exceptionally gorgeous during the holiday season.

European Christmas markets are some of the most unique and beautiful festivities in the world. So, whether you prefer getting drunk off of mulled wine, hot punch, or hard cider cocktails or would rather stuff your face with apple strudel, warm waffles, or Nutella crepes, there is a Christmas market for you. You’ll be singing dahoo dores in no time!

Pin this for later: 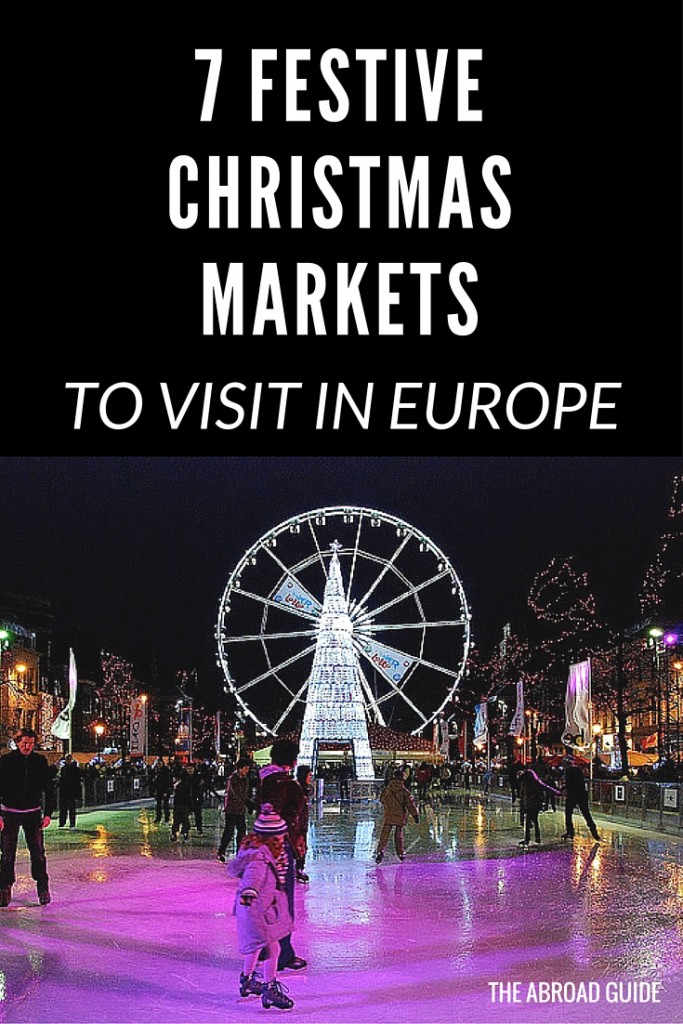