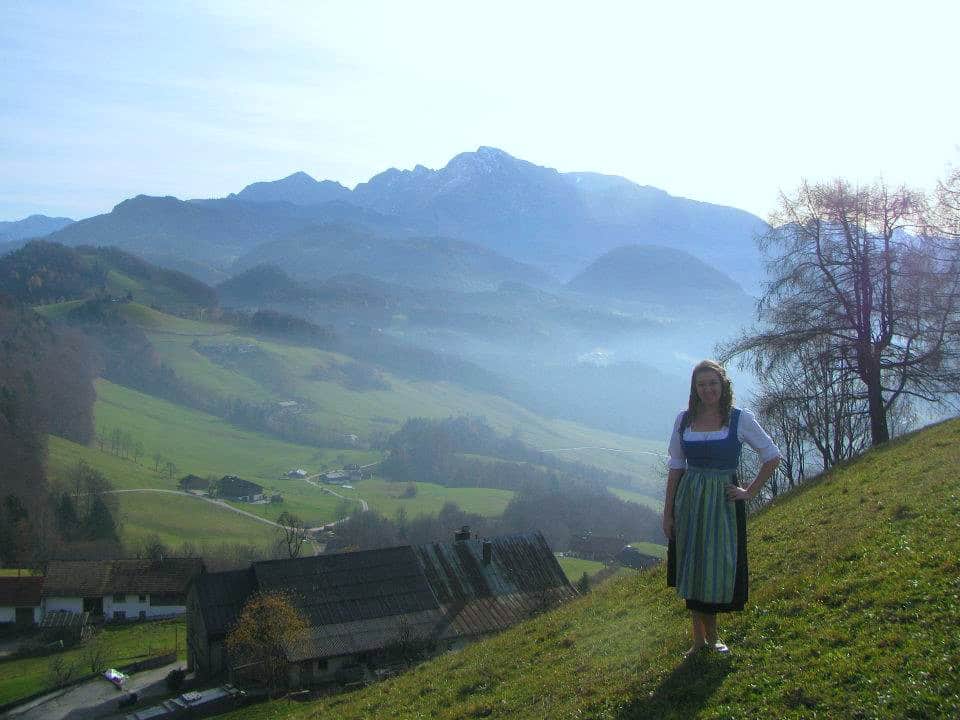 The Abroad Guide to Salzburg, Austria 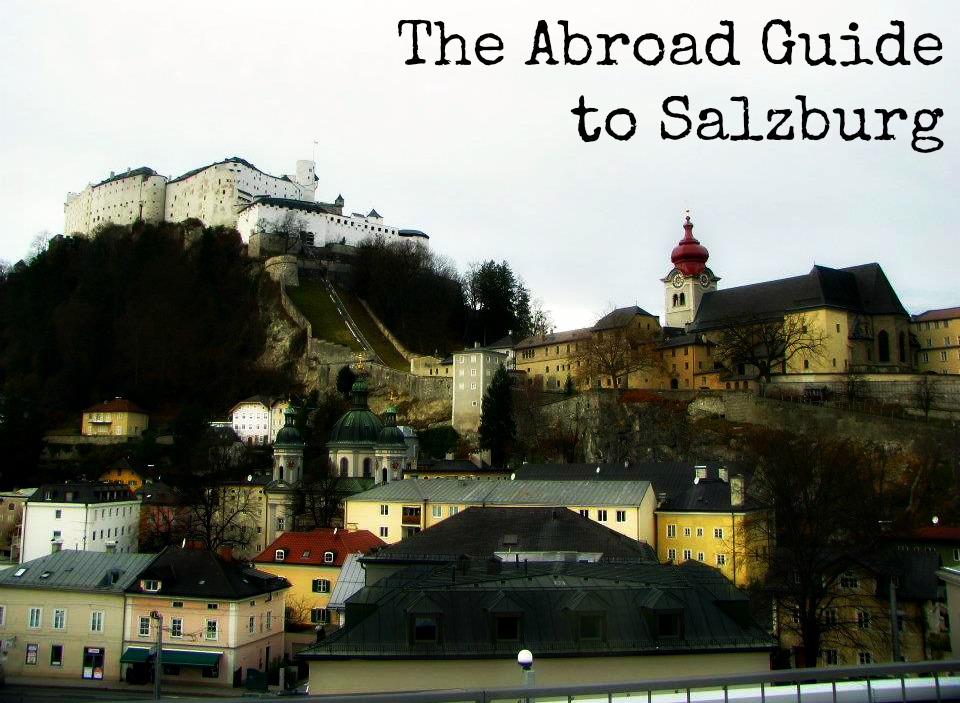 The only appropriate word to describe Salzburg is “magical”. From a rich history and culture to breathtaking architecture and scenery, this small city will make you believe in love at first sight.

Salzburg is a must for history buffs, music and art lovers, outdoorsy types, and beer aficionados. Whether you are only in Salzburg for the weekend or studying there for a semester, prepare to never want to leave.

German is the official language of Austria, with most people in Salzburg speaking the Austro-Bavarian dialect. Most of the younger generation in Salzburg speak English fairly well, but you should have a few German phrases in your pocket just in case. Salzburg uses the Euro and most things are reasonably priced, but be careful of the obvious tourist restaurants and shows. Luckily there are many free things to do in Salzburg and most of the city loves student discounts, so take advantage of these money-saving opportunities!

Getting There
There are several ways to get to Salzburg. Since Salzburg is right over the German border, most people fly into Munich and then take the train to Salzburg. If this is the route you take, make sure you purchase a Bayern Pass at the train station, which is a group train ticket that costs about twenty euro and enables up to five people to travel with it. Even if it is just you traveling to Salzburg, a Bayern Pass is usually the cheapest option for solo travelers as well. There is a small airport in Salzburg, but it is typically more expensive and there are fewer flight options than Munich.

If you are traveling from a nearby city or country and don’t want to fly, taking the train is always an inexpensive and easy option too. Salzburg’s Hauptbahnhof (Central Train Station) is right in the city and is part of the Deutsche Bahn line, so you can get to and from almost anywhere.

Hostels
There are about ten hostels in Salzburg, all ranging from fifteen to fifty euro per night. While Salzburg is not a big city, many of the more affordable hostels and hotels are on the outskirts of the city. For the best Salzburg experience, make sure you book a room in the Altstadt (Old City) or city center, because otherwise you will spend the money you saved by getting a room outside the city on bus fare to get into the city. Also, Salzburg is the name of the state in addition to the name of the city, so be careful when booking a hostel because you could end up two or three hours outside of the city! Two of the best hostel options in the city are Yoho International and Jufa Salzburg.

•  Festung Hohensalzburg— One of the largest and oldest castles in Europe, Salzburg Fortress sits atop the city and holds the best view of Salzburg. The fortress is open to the public and can be easily reached by funicular railway from the center of Salzburg or by climbing the stairs up the mountain.

•  Mozart’s Geburtshaus/Altstadt— One of Salzburg’s claim to fame is that it is the birthplace of Wolfgang Amadeus Mozart. Today, his birth house is a museum located in the center of the Altstadt and houses Mozart’s first violin and piano, his original sheet music, and other family objects. While you’re there, check out the other charms of the Old City, such as the Salzburger Dom, Getreidegasse, and the Residenz, all within a five minute walk from Mozart’s birth house.

•  “The Sound of Music” Film Locations— Salzburg’s other claim to fame is that it is the home of the real von Trapp family, and most of the movie “The Sound of Music” was filmed here. There are many tours that will take you to the movie locations, such as the Panorama Tour. However, if you’re looking to save some money, many of the locations are right in the city center and are easily accessible, or you can take a city bus to get to the ones outside of the city. Must-sees are Schloss Leopoldskron and Schloss Frohnburg (the front and back of the von Trapp villa), Mirabell Gardens (where “Do Re Mi” was filmed), Schloss Hellbrunn (houses the gazebo and also a beautiful palace with the famous Trick Water Fountains), Nonnberg Abbey (Maria’s convent), and Mondsee Cathedral (wedding location).

Salzburg Tip–  The majority of Salzburg natives have never seen The Sound of Music, so don’t expect to have any significant conversations with the locals about how they feel about the von Trapps.

•  Day trip to the  Lake Region— Salzburg is located in the foot of the Alps and the region outside of the city is known as the Salzkammergut (Lake District). While the city itself is beautiful, you can’t go to Salzburg and not experience the countryside. Take a day out of shopping and museum-hopping and hit up one of the great Panorama Tours. They have many Lake District tours, including the salt mines, Christmas Markets, and Berchtesgaden/Hitler’s Eagle’s Nest. 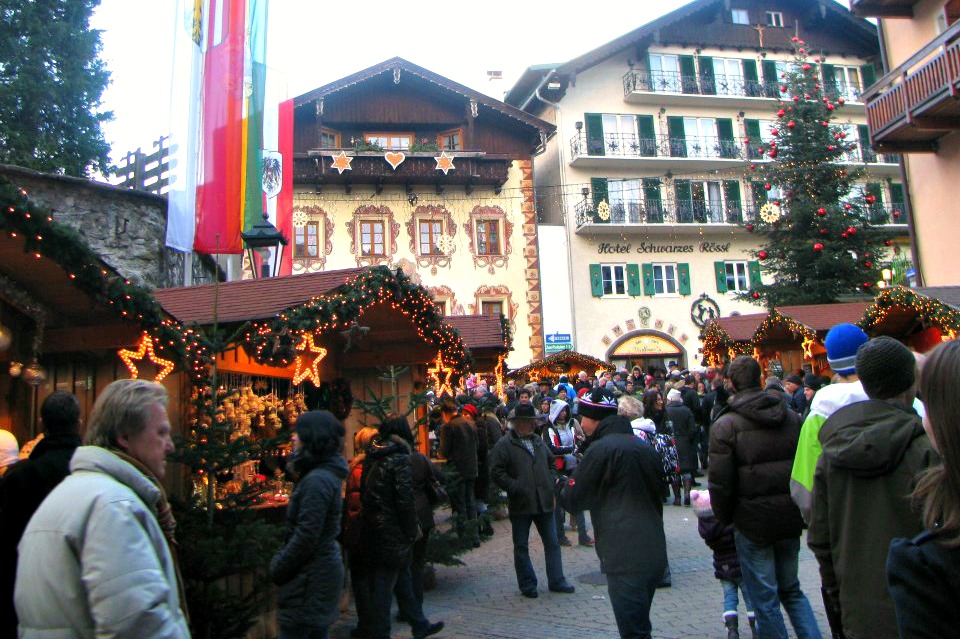 What to eat in Salzburg
Because Austria is so centrally located, there is no real “typical” Salzburg food. Austrian, German, Italian, and Middle Eastern food will all be at your fingertips and it will all be beyond delicious. The one dish you must try while in Salzburg is Salzburger Nockerl, which are sweet dumplings that are supposed to represent the mountains that surround the city. If you are looking to stay on the cheaper side, street food is the best option. Salzburg has some out of this world sausage and kebab stands, specifically the kebab stand on Linzergasse across from St. Sebastian’s. If you’re in Salzburg during November-December, hit up the Christmas market and try some Gluhwein (warmed sweet wine) and apple strudel. You will seriously regret it if you don’t.

Nightlife in Salzburg
There are two types of nightlife in Salzburg: pubs/bars for locals and more mainstream, “hip” clubs. While Salzburg is not necessarily known for its raging nightlife, you will never have a boring night if you know where to look. For some great pubs and bars, check out the streets along the Salzach River in the center of Salzburg (particularly the tiny side streets off of the main roads…the best bars in Salzburg are the ones that “hide”). O’Malley’s, Shamrock, and SegaBar on Rudolfskai are very popular, as well as Monkeys cafe.bar across the Salzach. If you’re bar hopping along the Salzach, be sure to head to Hotel Stein’s terrace, which has the best view of the Altstadt. For the bigger clubs, head outside of the city towards the movie theaters and shopping malls.

If partying isn’t your scene, check out one of the many breweries or beer gardens in Salzburg. With more of a beer hall feel, you can get delicious food and tons of freshly brewed beer fairly inexpensively. Two of the best are Stieglkeller and Augustiner Bräu, both of which brew their own beer in Salzburg.

Salzburg Drinking Tip– Don’t leave the city without trying a Stiegl-Radler (can be purchased at any grocery store) and an apple strudel shot, particularly one made at SegaBar on Rudolfskai.

Do you have any questions about Salzburg? Let us know in the comments and Rebecca will answer them!