Top European Cities to Visit in the Spring

Visiting Europe in the spring is absolutely amazing. It’s the perfect combination of moderate weather, off-season prices, and fewer tourists. While there’s really no wrong way to do spring in Europe, there are some highlights that any traveler would be crazy to skip out on. Strap on a pair of sandals and head to any of these top-notch European cities. 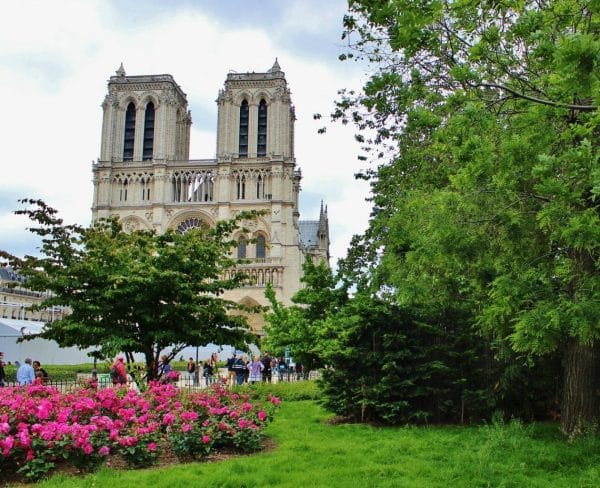 There are so many reasons why Paris is the “classic” choice come springtime. Maybe it’s the outdoor cafe culture coming back to life, or perhaps it’s the many parks and city balconies overflowing with fresh flowers, but whatever it is, the charm of Paris in the spring is just overwhelming. From picnicking in front of the Eiffel Tower to wandering the city’s many impressive gardens, there are so many ways to enjoy it.

A definite highlight of spring in Paris is the Nuit des Musee, or Night of Museums.  It’s when museums, art galleries, and cultural centers throughout the city open their doors for one night in May so visitors can experience some of the best art in the world in a very different way: totally free and very late at night.

While you’re there, get to know the local side of Paris with one of Eating Europe’s Hip Eats and Back Streets tours. 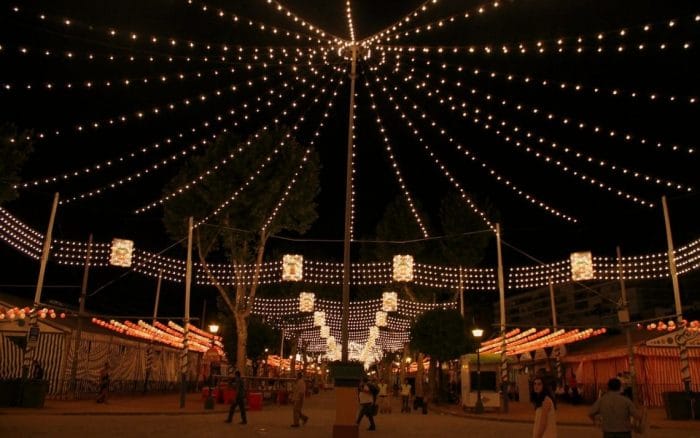 For a cool event to experience when visiting Europe in the spring, head to Seville during its famous Feria de Abril, or spring fair. Every April, the city transforms into a lively fiesta for a week, where locals and visitors alike sport traditional Andalucian clothes, gorge themselves on out-of-this-world food, dance their hearts out, and enjoy the city’s many parades.

Beyond the Feria, visitors to Seville are sure to enjoy all that the capital of Andalucia has to offer. This can include soaking up the fresh orange trees blooming all over the city, making tapas crawls through the city’s diverse barrios (neighborhoods), relaxing on the banks of the Guadalquivir River, or touring the Alcazar, known as Europe’s oldest continually-used royal palace.

Here are some more things to do in Seville, Spain: 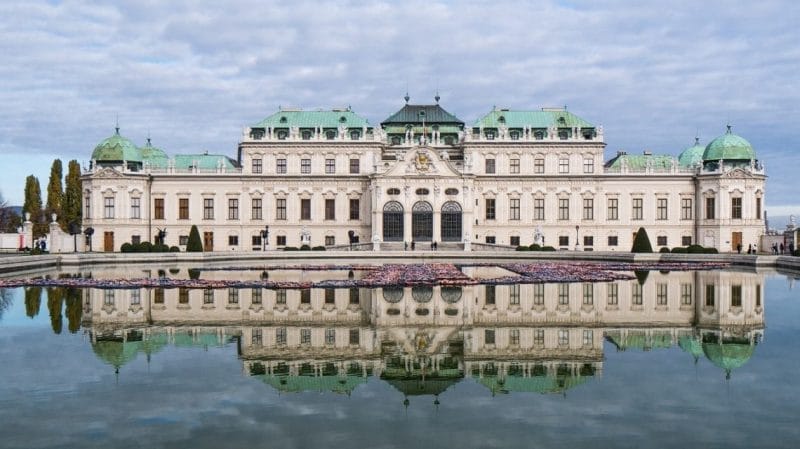 For countries like the US, Labor Day is sometimes just an excuse to barbecue and celebrate the end of summer. For the majority of the rest of the world, especially countries with fascist histories, Labor Day is a BIG deal, and is celebrated in May, not September. If you’re looking to experience thousands of people coming together under the name of liberty, freedom, and schnitzel, Vienna is where it’s at.

Most Austrians refer to Labor Day as Maifeiertag, or May Day, and have huge festivals to honor their laborers. Vienna’s is by far the most impressive, and experiencing the entire city being shut down and cloaked in red is one of the best ways to soak up the culture and pride. It’s Europe in the spring time at its best.

If you have some extra time on your hands in between the parades and wine, take a mini-excursion out to any of the surrounding towns to see how farmers and others in the countryside celebrate their heritage. The perfect excuse to don a dirndl/lederhosen, enjoy some traditional food and dances, and make a few cow friends. The views of the Austrian countryside aren’t half bad either.

For some more ideas of free things to do in Vienna, watch this video… 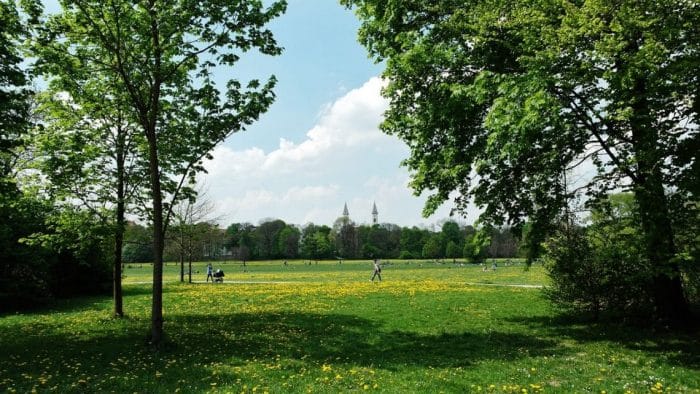 Munich is amazing year-round, but a true highlight is catching the city during its annual Frühlingsfestival, or spring festival, every April/May. It’s basically the same thing as Oktoberfest, but with way less people. When you’re not going stein for stein with your neighboring table, be sure to spend some time experiencing Munich as it comes back to life in the spring. You’ll definitely find many a local relaxing along the Isar River or in the massive Englischer Garten. If you play your cards right, they might even invite you to share a kebab or wurst with them.

Read next: Must-Take Day Trips While Studying in Bavaria or Austria 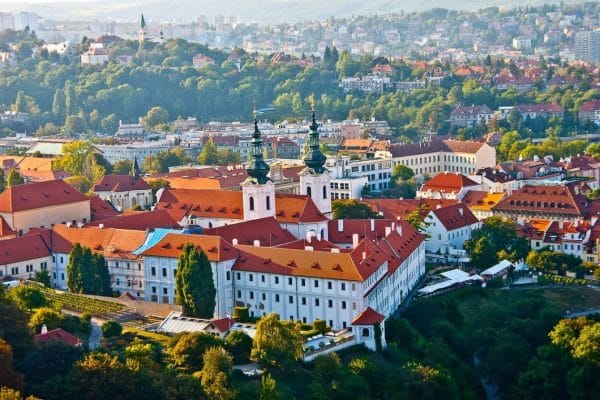 In keeping with the theme of doing autumn-related things in the spring, Halloween lovers can rejoice. Walpurgis Night, or Witches’ Night, is a big deal in Prague. Based on the tradition of burning the effigy of Morana (the goddess of winter) to represent being done with winter, the people of Prague seriously do it up for this spring holiday. From huge bonfires and roasting sausages ,to dancing and throwing back a few beers, this is a cool, unique celebration to get involved in if you’re visiting Europe in the spring.

It’s easy to find parties all over the region – just look for the flames. Why wait for the groundhog to see his shadow when you just can burn a witch instead to get warm weather?

While you’re in Prague, take a food tour with locally-run Eating Europe.

Even if you’re not religious, witnessing Roman culture in the weeks leading up to, during, or even after the Holy Weeks is something to experience. It’s not everyday you get to be one of two million people being blessed by the Pope during Easter celebrations, right?

Spring is potentially the best time to visit Rome. You are sure to get all of the highlights of a traditional summer in Rome without all of the negatives: huge crowds, everything costing an arm and a leg, and overwhelming heat.

Be sure to spend some time strolling the Via Appia sans tour groups, marvelling at the flowers cascading down the Spanish Steps, and enjoying authentic Roman artichokes, which are only grown from February until May, making all others imposters! When all else fails, there’s always gelato, gelato, and more gelato.

Skip the lines at the major sights or do a food tour with a Roman through one of The Tour Guy’s Rome tours.

There’s no denying that Budapest is awesome year-round. A bit more off-the-beaten-path than most major European cities, but still quite bustling, Budapest has something for everyone. But, by far the top reason to visit in spring is the Budapesti Tavarszi Fesztival, or their Spring Festival, which is two weeks of some of the best music in the world. You’ll see orchestras, operas, plays, jazz bands, and dance troupes; this festival is a reflection of the city’s roots in top-notch art and music.

Beyond the spring festival, be sure to check out any of the city’s many thermal spring-fed baths, which have been an integral part of Budapest’s social life since Roman times. One of the best ways to enjoy spring is by lounging in some of the purest water in Europe surrounded by beautiful 19th century architecture.

If relaxing isn’t your thing, then head to any of the 200 caves surrounding Budapest that were carved out by the thermal water under the city. After a day of R&R or cave spelunking, refresh in any of the famous romkocsma, or “ruin pubs”, which are abandoned buildings that have been transformed into chic and bohemian bars and pubs and become very busy come springtime. La vie boheme is definitely alive in Budapest!

If there is one time of year when Amsterdam really comes to life, it’s springtime. Seems impossible in a city known for its year-round party scene, but trust me, April and May in Amsterdam are unparalleled. Unlike the rest of the continent, April is actually Amsterdam’s dry month, making it extra attractive to visit.

Did you know that The Netherlands produces over 70% of the world’s commercial flower output? For the real deal, head to the Flower Strip, which is about an hour outside of Amsterdam. You will be surrounded on all sides by some of the most beautiful flowers in the world, and we promise that you won’t be able to stop yourself from tip-toeing through the tulips.

Beyond flowers, the other big attraction in spring is the King’s Day celebration, or as locals like to describe it, one big party in the streets. Nothing can totally prep a foreigner for the celebration that is King’s Day, so just put on something orange and join the party. Between the street parties, boat and canal parties, house parties, bar and club parties, coffee shop parties, and literally every other type of party imaginable, you will definitely not be bored.

Here are some tips for King’s Day in Amsterdam… 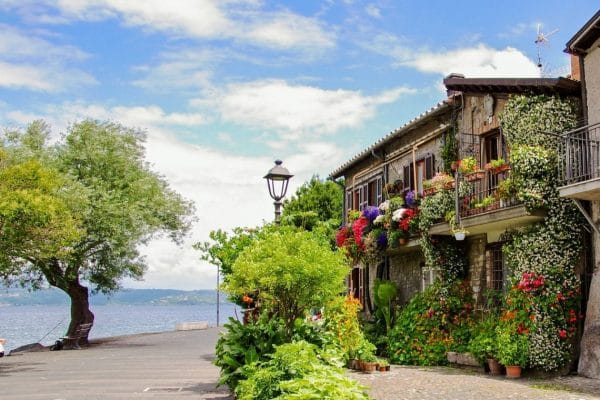 If you’re eyeing a warm weather trip but want to wait until the peak of summer to get the real beach experience, think again. Not only is the general Mediterranean area very hot during the summer months, but most cities and coastal towns are absolutely packed with people. I recommend the islands of Capri, Santorini, or Crete during this time period, as they all become massively inundated come June. If sharing your 2’x4’ beach space with screaming tourists and paying triple for a rundown hostel bunk aren’t your thing, these are great European islands to visit in the spring.

For more tips for your Europe trip, read these next:

8 Epic European Hostels That Cost Less Than $25 a Night

Pin this to your Europe trip board: 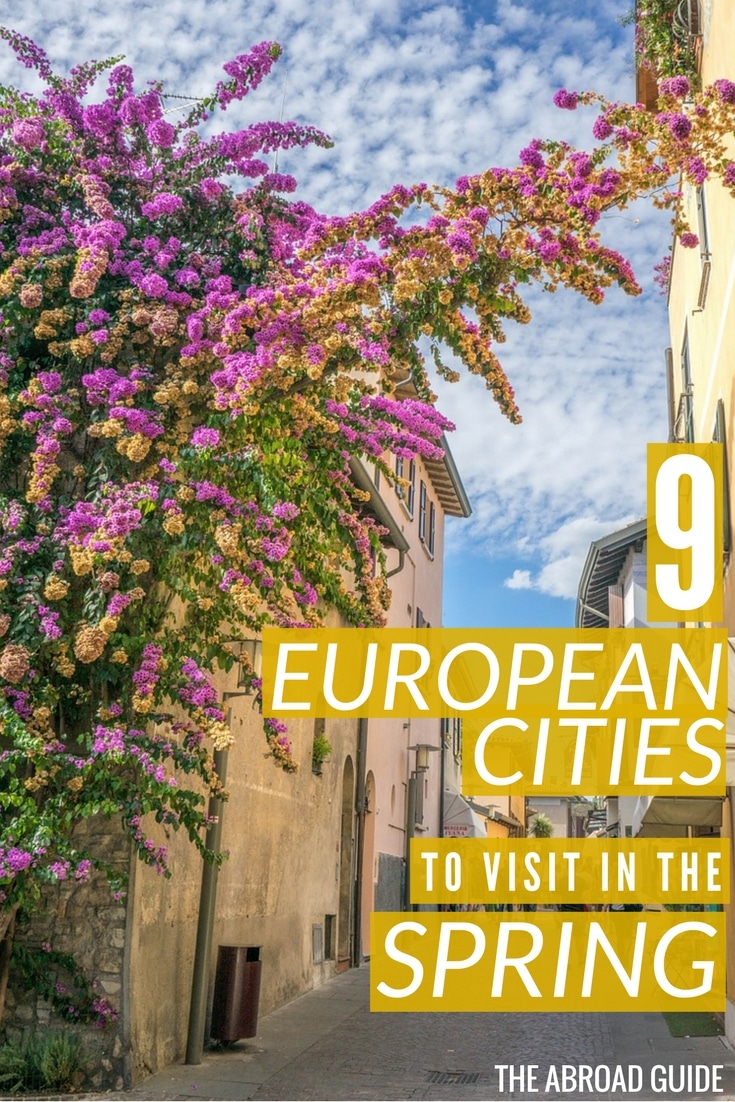 Previous PostTop 10 Restaurants in Trastevere, Rome Next PostThe Best Hostels in Florence to Book a Bed In