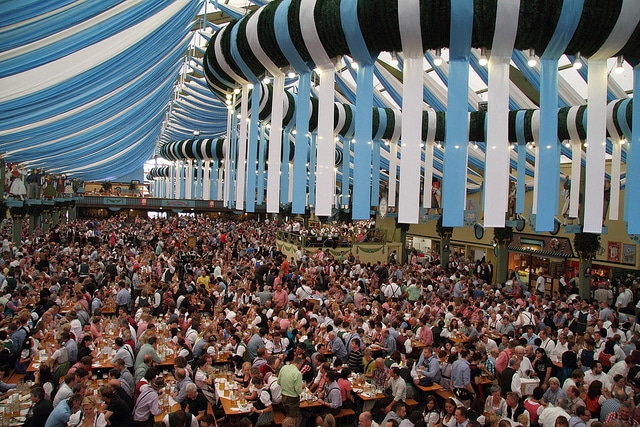 Must-Take Day Trips While Studying in Bavaria or Austria 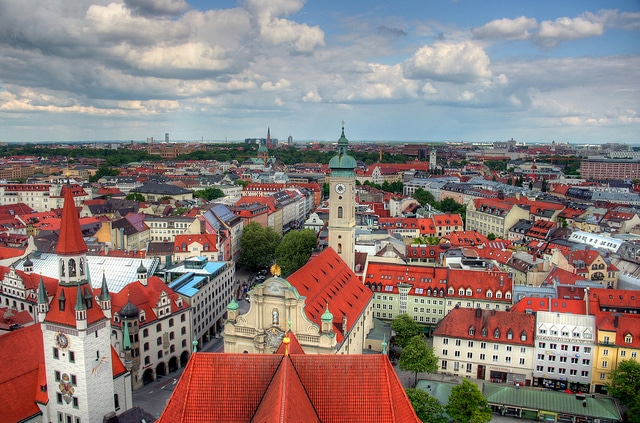 Known for its outdoor recreation, quaint towns, outstanding beer, and famous fairy tales, southern Germany and northwestern Austria have much to offer to those studying abroad here. While skiing during the day and drinking your weight in German beer at night is always enjoyable, there is SO much more to do in this region. Southern Germany, also known as Bavaria, and Austria are filled with everything from medieval castles and villages to raging festivals. With this much to do in your own study-abroad backyard, you don’t always need to fly to a different country to have a real adventure.

How to Get Around the Area

The two best ways to travel around Bavaria and northwestern Austria are by train and bus. Buses are great if you want to go on an adventure and aren’t pressed for time, but if you are hoping to get in as much as you can in one day, traveling by train is probably the best option. The easiest way to travel in this region is by purchasing a Bayern Pass at your city’s train station. This pass is essentially a ticket for up to five people (for only about €23 total!) and allows unlimited train rides anywhere in Bavaria and most places in northern Austria for 24 hours. Because of all of the traveling that is possible in this area, we’ve created a list of the must-take day-trips in Bavaria and northwestern Austria. 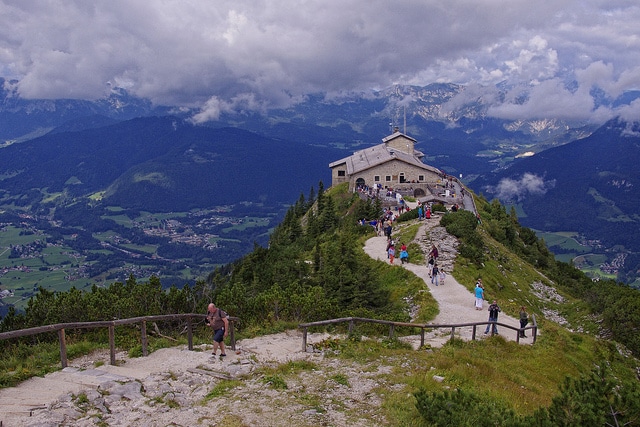 Berchtesgaden/Hitler’s Eagle’s Nest
Berchtesgaden (pictured above) is one of the most beautiful areas in all of Bavaria. Surrounded by the German Alps and located on the banks of Königsee, Berchtesgaden has plenty of fun outdoor activities to do as well as quaint shops and restaurants. Once you have spent enough time lounging on the banks of Königsee or strolling through town, head up to Kehlsteinhaus (Eagle’s Nest), which is a retreat that was built for Adolf Hitler’s 50th birthday on the mountains above Berchtesgaden. One of the only well-preserved Nazi homes, the Eagle’s Nest is now a museum and restaurant open to the public. Visitors can hike up to the lodge or take a bus from Obersalzberg, and then use Hitler’s famous elevator, which cuts directly through the mountain and is coated in brass and Venetian mirrors (because Hitler was VERY claustrophobic). Eagle’s Nest is only open from April through October– and book a tour in advance as you’ll be allowed entrance to private rooms and bunkers.

Munich/Dachau Concentration Camps
While partying it up at Oktoberfest is awesome, there is so much more to do in Munich and it would be a sin to not see any of the city. If you only have a day to explore Munich, start your morning off in Marienplatz, which is the main square and home to the beautiful town hall. From there, head to Frauenkirche, which is the city’s largest church, where visitors can climb to the top to soak up the best views of Munich. Next, pop over to the Residence Palace, which was a former home of Bavarian monarchs. For your afternoon, take a bus from Munich to Dachau Concentration Camp, which is about ten miles outside of the city. Dachau was one of the first German concentration camps and served as a model for all others in the Third Reich. Famous for its haunting entrance gate with the inscription “Arbeit Macht Frei” (“work makes you free”), it is one of the most well-preserved camps. Visitors can view the prisoner barracks, gas chambers, crematorium, and mass graves, as well as view documentaries and visit the museum.Though not the most fun destination to see, it is a truly sombering experience and many say that it was well worth the visit to this horrible time in our world history. After a very difficult history lesson, one can lighten the mood and complete their Munich experience by hitting up the Hofbrauhaus for lunch or dinner, which is one of the best and oldest beer halls in the world and was originally founded as a brewery to the royals.

Neuschwanstein Castle/Hohenschwangau Castle/Linderhof Palace
King Ludwig II of Bavaria is often referred to as the “Fairytale King”, and with good reason. Obsessed with extravagant art, beautiful architecture, and the operas of Richard Wagner, Ludwig built several world-famous buildings across Bavaria. The three in the area and most well-known are Neuschwanstein Castle, Hohenschwangau Castle, and Linderhof Palace. Built by his father, Hohenschwangau was the castle that Ludwig grew up in and he always fantasized about building his own fortress in the mountains nearby. Using scenes from Wagner’s operas as inspiration, Ludwig later built Neuschwanstein castle, which is the fortress that Walt Disney modeled his fairytale castle after. Neuschwanstein and Hohenschwangau are within walking distance of each other, so visitors should start at either of these before taking a bus or train to Linderhof, which is about 45 minutes east. Modeled after the Palace of Versailles, Linderhof was the only palace that Ludwig lived to see completed. Visitors to any or all of these castles should reserve tickets online ahead of time to avoid waiting in line for several hours.

Chiemsee
Often referred to as the “Bavarian Sea”, Chiemsee is a freshwater lake located in Bavaria and the region around the lake is a famous recreation area. The lake contains two main islands: Herrenchiemsee and Frauenchiemsee. Located on Herrenchiemsee is the third palace built by King Ludwig II that is also meant to be a replica of the Palace of Versailles, and Frauenchiemsee is the home of a Benedictine nunnery and a small village. In the area surrounding the lake, there are many quaint cafes and restaurants, shops, and hotels. Visitors can tour the lake and its islands, relax by the water, partake in an outdoor athletic activity, or explore the small towns around the lake.

Oktoberfest
If you’re studying abroad in the autumn, Oktoberfestis an absolute must-do. While everyone has heard of Oktoberfest, many people don’t know that the festival first started in Munich and brings millions of people to this great city every September for the world’s largest fair. If you’re planning on going during a weekend, either reserve a table in a beer tent or arrive before 8am, as the beer tents fill up incredibly fast. Bring enough cash with you to last the day/night because ATMs are hard to find/have long lines and each stein of beer is about ten euro (with food equally as expensive). Oktoberfest is an all-day event, so don’t plan on sightseeing in Munich and attending Oktoberfest in the same day. Lastly, don’t forget to throw on a dirndl or pair of lederhosen, which are the traditional dress of the event, to really feel like a local! 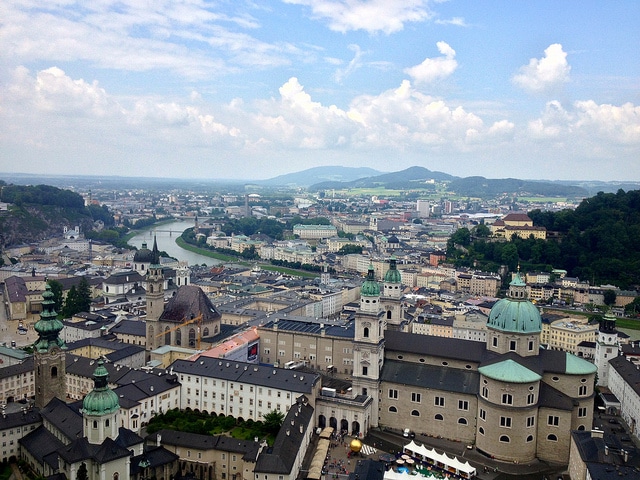 Salzburg/Sound of Music Tour
Salzburg (pictured above) is famous for being the home of Wolfgang Amadeus Mozart and the von Trapp family, and the city just oozes with adoration of the two. Start your morning off with a stroll through the Altstadt (Old City) and stop at Mozart’s birth house, which is now open to the public and houses his first violin, piano, and original sheet music. Then, walk or take the cable car up to the Hohensalzburg Fortress, which sits atop the city and is one of the largest and oldest castles in Europe. In the afternoon, break out your inner Maria von Trapp and take the official Sound of Music tour, which brings visitors to several of the film locations. After your full day of sightseeing, kick back at the famous Augustiner Brau with some fresh beer and delicious Austrian food.

Innsbruck
Innsbruck is the capital of Tyrol and really lives up to its reputation as the “capital of the Alps”. Just outside of the city and nestled in the mountains are the very strange but very beautiful Swarovski Crystals headquarters, which visitors to Innsbruck absolutely must take a tour of. As you head into the city, stop by the Olympic facilities. Innsbruck was the two-time host of the Winter Olympics and many of the athletic facilities are open to the public, such as the famous ski jump where one can get a beautiful birds-eye-view of the city. Once you’re downtown, spend the afternoon visiting the Habsburg royal buildings and other top sights, such as the Goldenes Dachl, the Innsbruck Cathedral, the Helblinghaus, and Maria-Theresien Strasse. 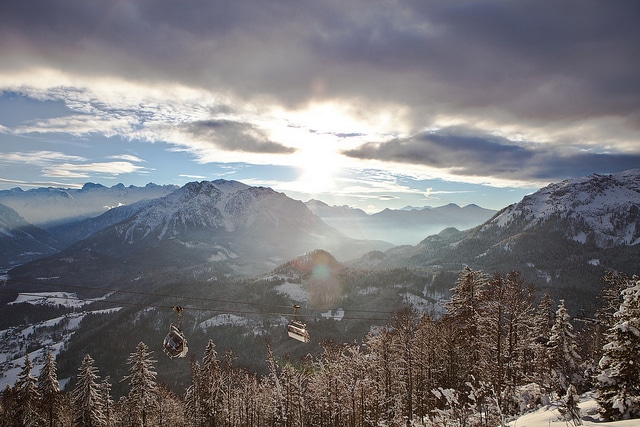 Salzkammergut
When one pictures the Austrian countryside, images of farms on rolling green hills, charming old-fashioned  towns, and snow-capped mountains usually come to mind. That, in one word, is the Salzkammergut. The Salzkammergut, or Austrian Lake District, is a resort area comprised of 52 municipalities that stretch through much of northern Austria. Each town has a claim to fame, including being a summer home to royalty, the home of Mozart’s mother, or a UNESCO World Heritage Site. The most popular areas in the Salzkammergut are Mondsee, Zell am See, Wolfgangsee, Bad Ischl, Hallstatt/Dachstein Glacier, and Bad Aussee. The best way to see the most of the Salzkammergut is to rent a car or do a multi-town tour with a tour group. Either route you take, make sure you stop at one of the amazing salt mines and/or the ice caves (Dachstein is one of the largest in the world!) and enjoy some lake-front apple strudel.

Linz
The third largest city in Austria and located on the banks of the Danube River, Linz is a perfect place for a day trip. For a short period of time, Linz was the most important city in the Holy Roman Empire and the feeling of royalty and class still remains to this day. Linz was also considered to be the “hometown” of Adolf Hitler and it was the main cultural center of the Third Reich. Don’t miss a tour of the Linz Castle, which is open to the public and houses exhibits from the Middle Ages to today, or visiting the Pöstlingberg, which is a high hill on the other side of the Danube River that houses the Pöstlingberg pilgrimage church. Spend your afternoon strolling through the charming streets of the Altstadt (Old City) and taking a tour of the Danube River.

Which of these day trips do you plan on taking while studying in Austria? Let us know in the comments.