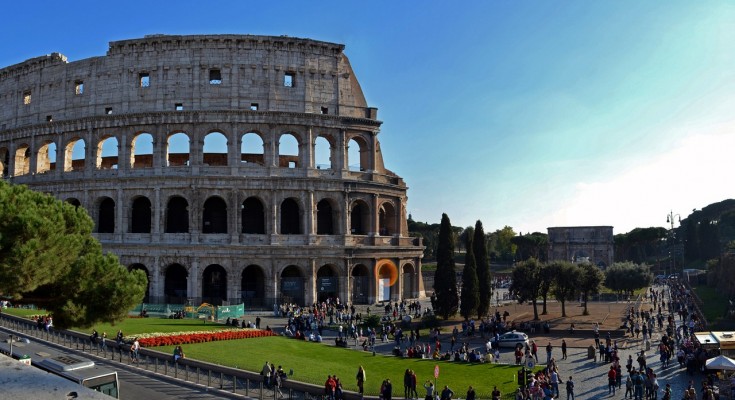 Europe is full of amazing and unique sites that attract millions of visitors every year. Some of these sites totally deserve all the fame and traffic they receive, while others are somewhat… overdone. It can often be difficult to decide what to see and what to pass on, particularly when so many things are regarded as “must-see”. To help you avoid tourist traps but still experience all of Europe’s amazing sites, we’ve revealed which sites are totally overrated and what to see instead. 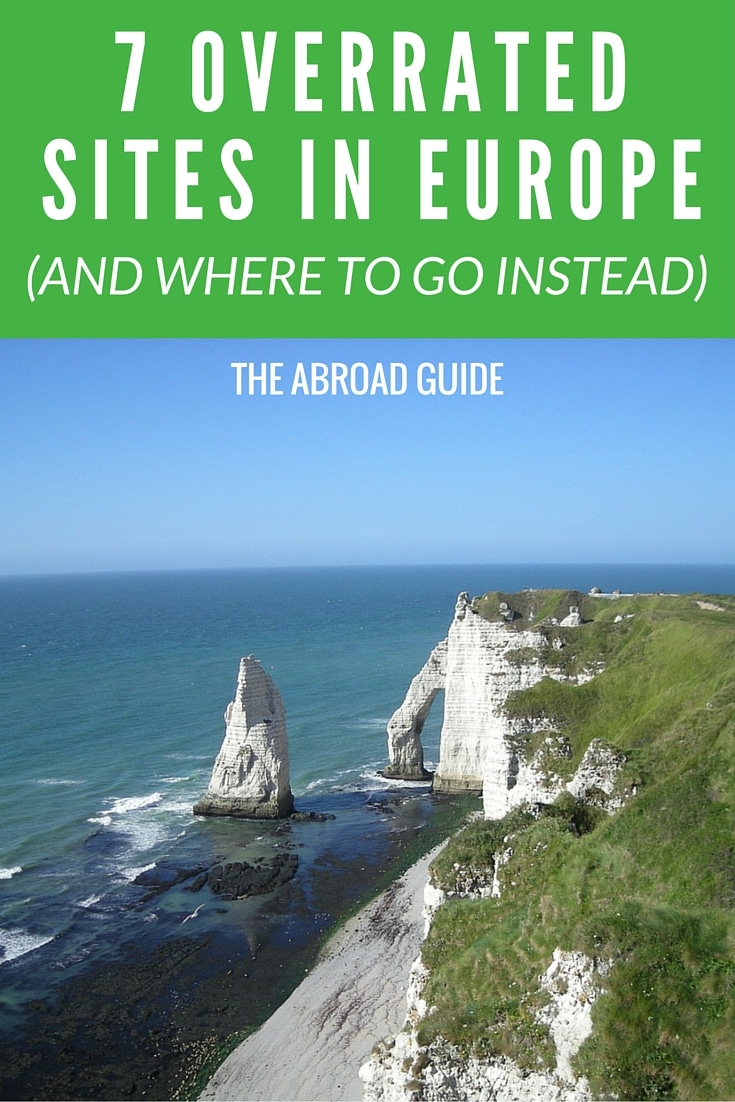 The Colosseum is one of the most popular sites in Europe for many reasons, mainly its rich history and beautiful structure. However, having to pay €16, wait in a massive line, and be bombarded by people on all sides trying to sell you selfie sticks and knick-knacks seriously takes away from its grandeur. Even though it is considered a “must-see”, the Colosseum has sadly become extremely commercialized, leaving many visitors disappointed.

Did you know that just across the Adriatic Sea is a small city in Croatia called Pula that is home to an even better Roman arena? Most people don’t, which is exactly why you should opt for this amphitheater. Not only is it free, open to the public at almost all times, and never crowded, but it also boasts panoramic views of the surrounding strikingly blue ocean. In case these things didn’t sell you, it is also the only Roman arena to still have all four sides, meaning your pictures will be way more fabulous. 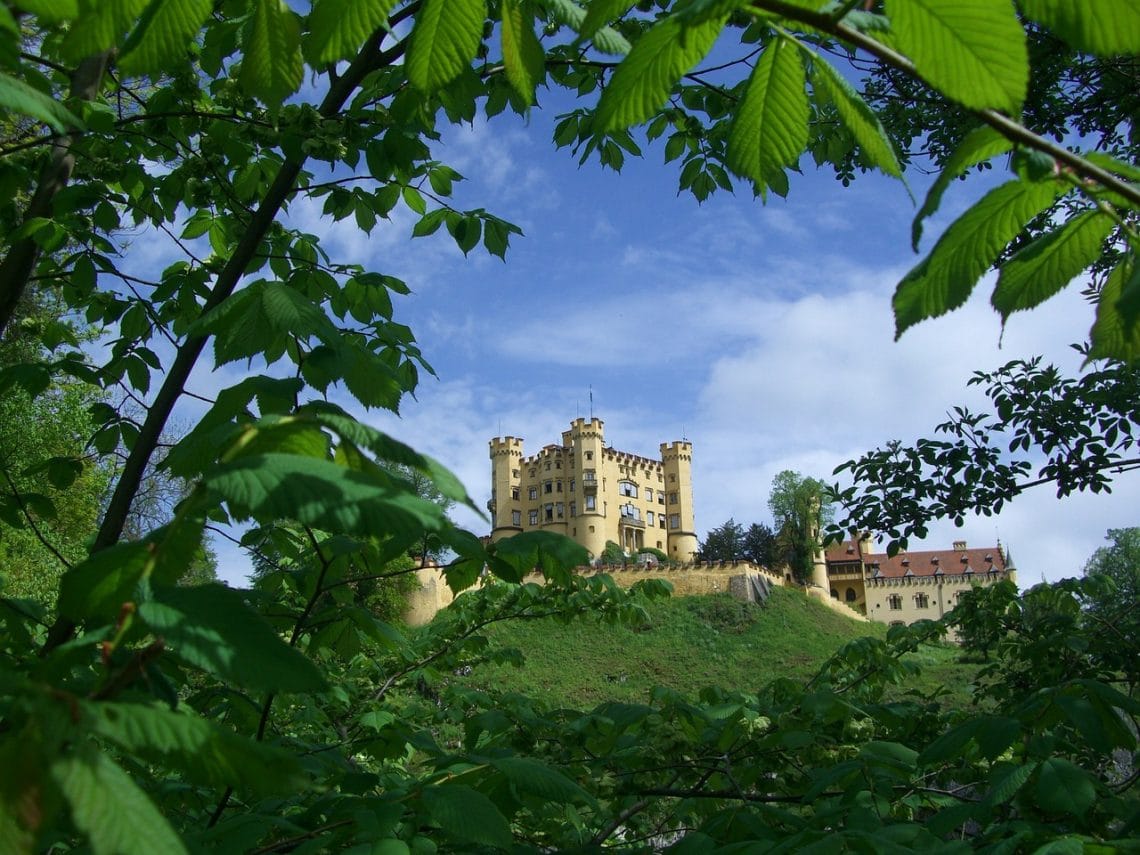 Honestly, Neuschwanstein is a jip. Sure, it is a stunning castle with amazing views of the Bavarian countryside, but the inside of the castle does not match up to its exterior. King Ludwig II finished less than 15 rooms before he died, so paying €12 and waiting 4 hours to take a 20 minute tour is really not worth it.

Instead of paying to tour basically an empty castle, check out Neuschwanstein’s next door neighbor, Hohenschwangau, which is much older and housed generations of Germany’s most royal families (shown above). Plus, you’ll be able to capture the majestic Neuschwanstein in all of your pictures (much better for the #insta lovers). Both castles are located within walking distance of each other, so spend some time exploring the grounds of both and taking in the unparalleled views. Just save your money for the castle that was actually lived in.

The Eiffel Tower is the most-visited paid monument in the world with millions of people climbing it every year. These numbers are very impressive, but the reality is that visiting it with that many other people can be annoying more than anything. Most people climb the Eiffel Tower for its great view of Paris, but if you’re standing on the Eiffel Tower, it means that none of your pictures of the city will have the tower in it (which sort of defeats the point, right?). For €17, you can get way better photos of the city that actually include the area’s most iconic landmark.

If you’re itching to get a bird’s eye view of a majestic city, hit up the Church of St. Peter in Munich, or Alter Peter (Old Peter), as the locals call it. It only costs €2 to climb to the top and the amazing views include the city’s famous Marienplatz, town hall, iconic red roofed buildings, and even the surrounding Alps on a good day. Be sure to leave some time to visit the actual church as well. Covered in gold and beautiful paintings, it is one of the more noteworthy churches in Europe. 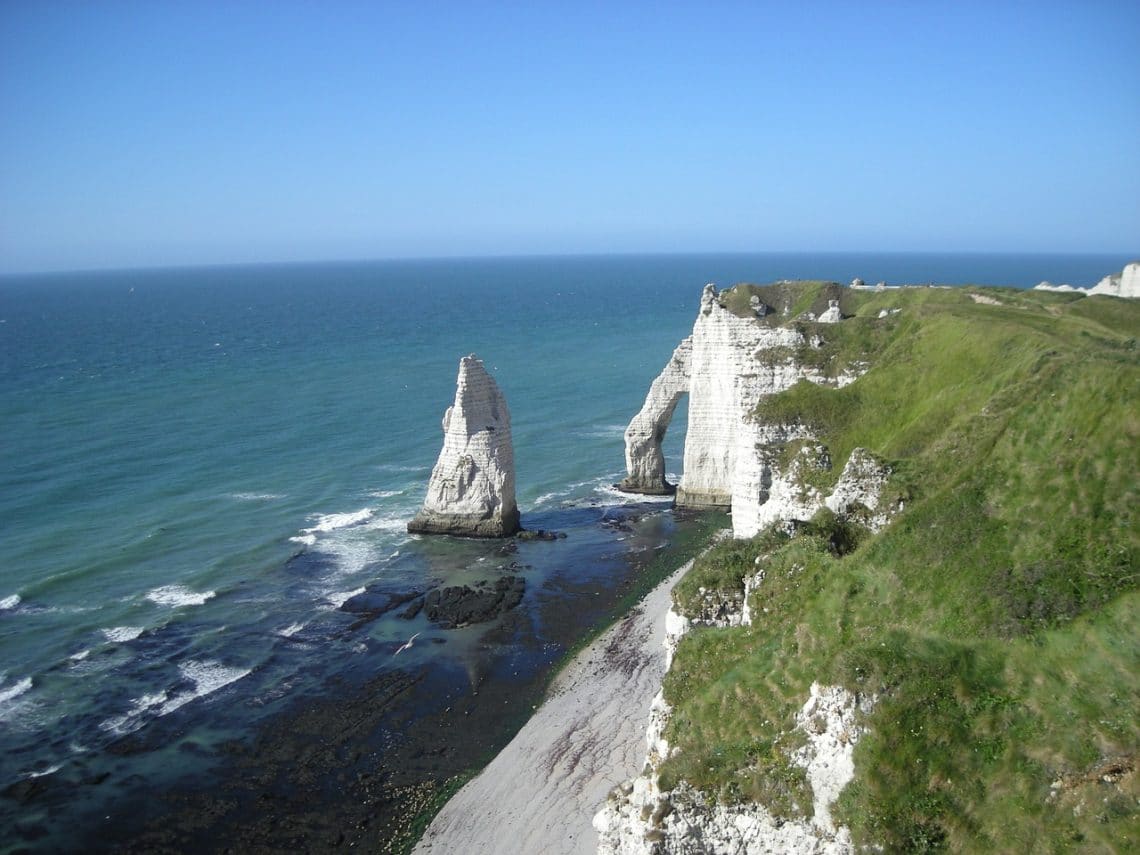 The Cliffs of Moher used to be a hidden treasure that only locals knew about, but since being featured in top flicks like the Harry Potter movies, they are now one of the top attractions in the UK. While they definitely are beautiful, they are also overrun with tourists and gated off, meaning you have to pay and wait in line to see them. Seems kind of silly to pay to see something that nature owns, right?

Head to: The Cliffs and Arches of Etretat (Normandy, France)

If you’re looking to have an authentic cliff experience sans screaming crowds, check out the cliffs in Etretat, France, shown above. Visible even from the seaside town, these cliffs are lined with white beaches and are free and open to the public. If they look familiar, it is probably because they attracted artists such as Claude Monet to paint them back in the 19th century. Despite attracting famous artists, the area remains relatively unknown. 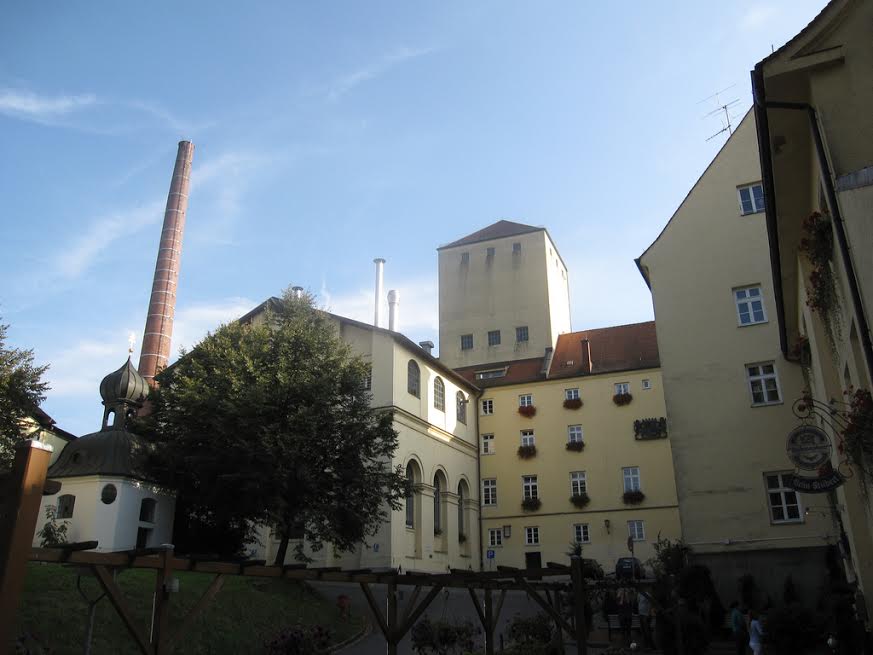 Yes, seeing where Guinness is made is cool and getting to drink a fresh pint at the end is always a gift, but the Guinness factory lacks a lot of things that other European breweries offer. Visitors end up paying €18 to learn how to pour the “perfect pint” (this requires instructions?) among packs of tourists, and the facilities themselves do not give visitors a very authentic look at Irish drinking culture.

Said to be the world’s oldest continuously operating brewery, Weihenstephan Brewery, shown above, was founded in a Benedictine monastery and has been in operation since around the year 1040. This hilltop brewery offers some amazing views of Bavaria and is complete with several beer tastings (and pretzels in between!), a beer garden, the tour guides are brewery science students at the neighboring university, and they give out free pint glasses. There’s nothing cooler than some badass monks brewing up awesome beer, right? 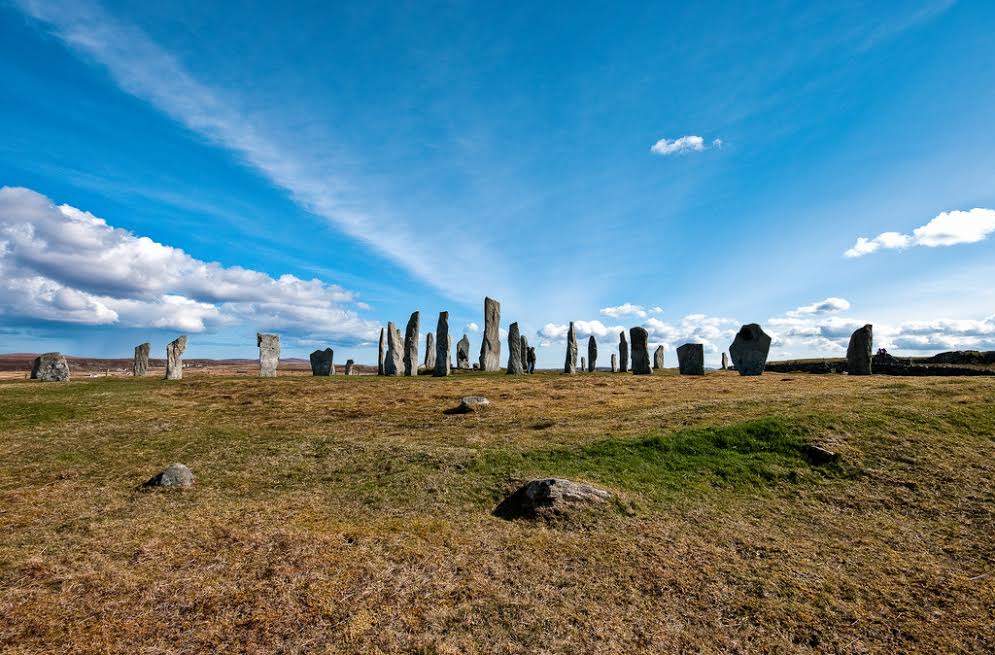 Stonehenge is one of the world’s greatest mysteries, drawing thousands of visitors per day. While it is beautiful and deserving of its fame, you have to laugh a bit at all these people giving up hours of their day and up to £18 to look at a pile of rocks. So many people visit Stonehenge that buying advanced tickets is strongly recommended and the last admission time is two hours before closing time. Yikes. All this and you can’t even get up close to the rocks. Sorry, but no thanks.

If you want to experience mysterious piles of rocks but don’t want to deal with crowds or paying a ton of money, hit up the Callanish Standing Stones. They have just as much history, are equally as beautiful, and you can get way more up close and personal with them. 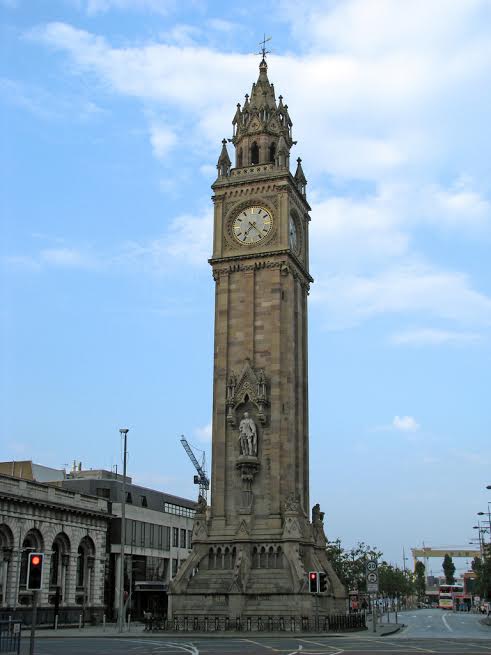 For whatever reason, people flock to the Leaning Tower of Pisa to take pictures of it in compromising positions. We don’t really understand the fascination. There are so many cooler things to do in Europe. As for Big Ben, it’s just a clock. What’s the big deal?

You can kill two birds with one stone by visiting the Albert Memorial Clock Tower, as it is literally the spitting image of Big Ben AND it leans. Due to its vicinity to the docks, the clock used to be the best hangout place for prostitutes looking for sailors, so there’s some great history to it as well. Locals will joke that Belfast is proud of its failures, as it is the home not only to this leaning clock but also the infamous Titanic. Go Belfast!