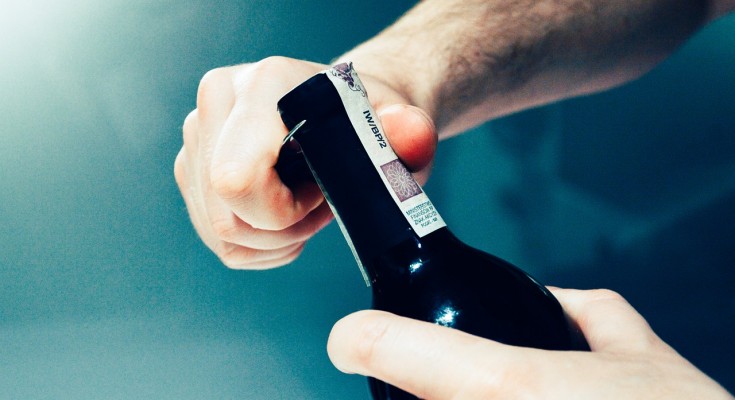 10 Things That Are Cheaper Than Water in Europe

One of the biggest surprises for students arriving in Europe is that water is not free (or even inexpensive, for that matter). The average bottle of water in Europe costs about $3 and can be upwards of $4-5 in restaurants. The typical reaction to this is “that’s ok, I’ll just order tap water!” NOPE. Trying to order tap water in a restaurant is like wearing yoga pants outside: not recommended. Because there are soooo many better things to drop $4 on when traveling Europe, we’ve put together a list of 10 things that are cheaper than water. Bring on the dehydration!

With (cheap) wine and beer typically being less expensive than water in restaurants, the universe is basically telling you to order that glass of chardonnay. The sweet taste of saving money will make up for the most-likely disgusting aftertaste of $3 wine.

That’s right, you can get a full meal for less money than a bottle of water. Kebabs, sandwiches, crepes, sausages, you name it. Why drink your money away when you can eat it instead?

A train or bus ticket for a short distance away will set you back only a few dollars, which means you can quite literally get to another country on less money than what you put down for that water you chugged last night after hitting up the bars (but seriously good for you for taking hangover precautions).

Most European cities have adopted the monthly (or even sometimes weekly) “night at the museum” idea, where many museums open their doors to the public for free. Even if you go on a day that isn’t free, using your student ID will get you major discounts on admission fees. That selfie in front of the Mona Lisa is totally worth dehydrating yourself for.

Did your mom always complain about having to throw down $8 for a tiny jar of Nutella when you were growing up? Yeah, ours too. Good thing you can get a jumbo jar of it for half the price pretty much anywhere in Europe. Who would’ve thought that the true gift from God could be bought for only one easy payment of $3.99?

Europe has this weird mindset where they actually want people to come to their performances, so they usually have hugely discounted tickets available for the simple plebeians like you and me. Don’t believe us? Standing room tickets for the Vienna State Opera start at 3 euro. Skip the bottle of water with lunch and check out one of Mozart’s operas instead. We all know he would’ve wanted it this way.

Dehydration has never tasted this good.

There is one kid in every program who has one too many $1 shots and tries to mix heels with cobblestone streets. The great thing about study abroad programs in Europe? Health insurance for everyone! Go wild, kids…your parents already paid to protect you so you might as well make their money worth it.

This one isn’t actually cheaper than water but it comes pretty damn close. With budget airlines like Ryanair and EasyJet, you can find plane tickets as inexpensively as $15. The CEO of Ryanair has even alluded to the fact that they are in the works of developing $1 standing room tickets on their planes. BYE WATER, HELLO ROME.