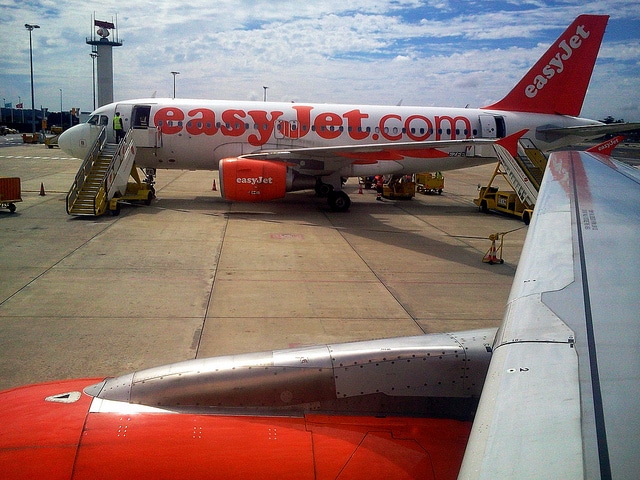 The Abroad Guide to Budget Airlines

I can remember the first time I saw a flight for £14.99 – my heart started racing, my imagination went wild, and I think I heard my debit card calling to me. Those cheap flights are a dream come true for any study abroad student on a tight budget, provided you have serious flight-time flexibility and can get to obscure airports (which we’ll get to in a second). Budget airlines are perfect for international students and can provide affordable and quick transportation to plenty of exciting cities if you play your cards right! However, as usual, if it seems too good to be true, it might be…

How to find a budget airline
Wondering how to actually find some budget airlines to take advantage of ? Check out this handy tool to find budget airlines that fly to where you want to go, and this one on Wikipedia lists them by home country. You can also opt for a simple search on Skyscanner— not every budget airline will pop up in the results, but it’s a start!

Airports
Many budget airlines, such as Ryanair and Wizzair cannot always afford to fly into the major airports – so that ticket out of Rome wouldn’t be out of Rome per se, but out of Ciampino – a smaller airport that’s a (lengthy) bus ride outside of the city. Though this isn’t horrible, it may but a big rut in your plans if you don’t do your research. However, this is not always the case. Some cities, such as Dublin, Madrid, and Prague only have one airport and the budget airlines don’t have a choice. This is the ideal situation, as you’ll get a cheap flight into the most central airport that won’t make you take taxis, trains, etc to your destination or your home base. Other times, you can find yourself over an hour from the city you thought you’d be in. You’ll then have to either pay exorbitant cab fares or figure out buses, trains, trams or other local transit. So, though you’ll be saving on your ticket price, you’ll have to budget money for transportation costs, and precious amounts of time. It can take well over 90 minutes to get from some “London” airports to the city center, so make sure you do your research and you give yourself plenty of buffer room when entering or leaving a new city.

Not-so-friendly flight times
Ryan Air is known for their legendary flight costs and at less than £20 each way (when you’re lucky!), those flights are almost too good to pass up. Unfortunately, you won’t find those great prices on Friday through Sunday flights. If you have flexibility or don’t have class on Friday, you’ll be saving money all semester long  by snagging those mid-week tickets. If you aren’t so lucky to have some wiggle-room, those £14.99 flights will make you want to skip every Friday class you have. Which will no doubt cause some drama in the classroom! Tip: If travel is your main prerogative while abroad, make sure that Friday schedule is free as a bird!

The airplanes
Your flight from America to Europe was probably laden with wine served with dinner and doting flight attendants who would refill your water every time you called them. Budget flights are not quite the same. You may or may not get assigned a seat, depending on the airline. Ryan Air does not assign seats, so you can pick window or aisle seat- whichever you like better…as long as you beat the non-existent line to the door! EasyJet, however, will assign you a random place on the plane unless you pay an extra fee. And unlike on the thousand dollar flight you took across the Atlantic, you’ll be paying for every water or coffee or snack you ask for. You’ll notice a lack of legroom, also. But hey, at the price of a meal you’re getting thrown to another adventure – and I would personally skip the stale pretzels and “turkey” that they serve… yeck. 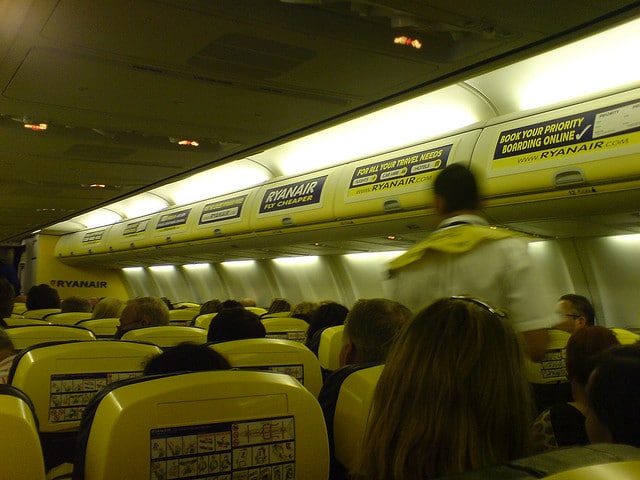 Baggage
Baggage policies are constantly changing, but most budget airlines will allow you to have only one carry-on that can fit in the overhead compartment and no handbag. The attendants are usually very strict about cabin baggage size and will probably have it sized and weighed if they are skeptical about the size of your weekend bag. Checking luggage will cost you quite a bit, so it’s better to become an expert in the art of packing and save the Euros for adventures once you touch down. A way to make this much easier is to buy a portable luggage scale if you want to avoid the stand-on-the-scale-with-your-bag dance that most of us do. These nifty gadgets are getting smaller by the year and will save you a bunch of time (and probably money!) with your future travels!

Grab a deal
A lot of budget airlines have partnerships with or own local bus companies and hostels, so you can bundle your purchases for good prices. These will usually be offered at check-out on the website or, if you miss it, at the end of your flight. Some companies like GermanWings offer blind flight bookings specials, which allows you to grab a flight for what you’re in the mood for instead of a destination. Kind of like those brown paper grab bags you got as a kid. These are perfect for adventurous students who want to travel for €33.

Pricing and Fees
Budget airlines are popular among students looking to jet around the continent during their study abroad stints, so they are constantly running promotions to peak the interest of these nomad adventurers. Sign up for emails and book when they are having great deals. When you book your flight, though, be definite about your travel plans. Refunds are unheard of and even changing your flight time could cost you more than another flight altogether. The worst fee you can encounter is if you forget to print your boarding pass. No iPhone codes or showing them the email confirmation allowed! It will be the most expensive piece of paper you’ve ever held, so don’t ever leave home without printing!

Budget airlines are student-friendly in that they give everyone the opportunity to fly all over Europe for minimal prices. You’ll return back to the United States and long for the opportunity to travel to another city for less than what it would cost to fill your gas tank. Make sure that before traveling, you always read up on each airline’s policies and make sure you do some research and comparisons before booking. While they are extremely inexpensive, you have to book early and know how to avoid extra fees in order to take full advantage of budget airlines and their ability to let you see the world!