Home Study Abroad How to Celebrate Thanksgiving While Studying Abroad 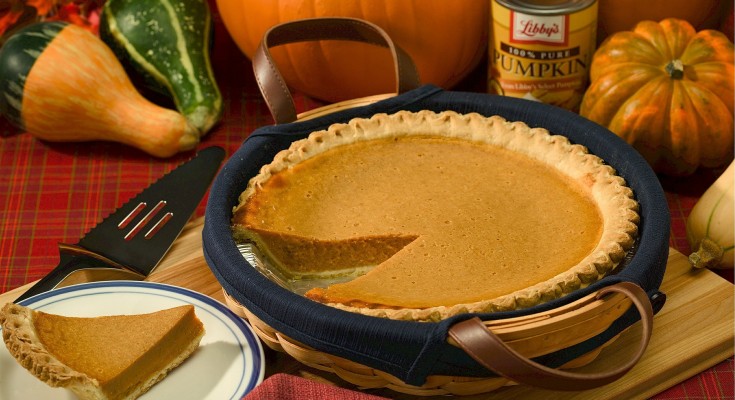 How to Celebrate Thanksgiving While Studying Abroad

Quite obviously, Thanksgiving is uniquely American. Once you’ve left the borders of the United States, you’ll be hard pressed to find a place that celebrates this holiday in the true American style. For those who struggle with homesickness while abroad, this may be a difficult day to get through without your family and the usual traditions. For others, you are ready to embrace not being in the United States and will dive head first into your new country’s customs. If you’re at a loss about how to celebrate Thanksgiving while you’re overseas, here are a few ways to keep some traditions from home alive.

As I said, it’s not going to be easy to find a restaurant that will serve American-sized portions of turkey, mashed potatoes, stuffing and gravy, but there are some restaurants that will give it their best effort. In Florence, I had dinner at The Clubhouse, which served soup, turkey, veggies, potatoes, pumpkin pie and wine for €25. You could tell that this restaurant catered to American study abroad students and travelers, but there were some Italians in the restaurant enjoying Thanksgiving also!

You’re more likely to find Thanksgiving in big, tourist-y cities, like London rather than in small rural towns, and those restaurants that do serve this meal might require a reservation (just make one to stay on the safe side!). While the food might not be quite like home, it’s still going to be pretty awesome that you’ll be able to enjoy Thanksgiving in a foreign country. 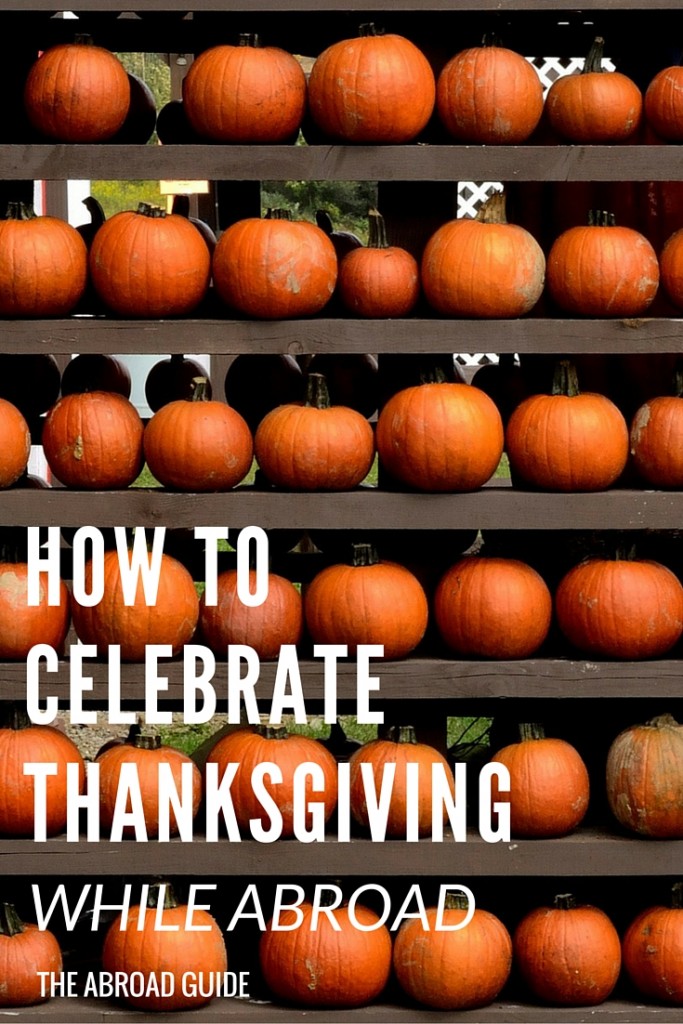 Host your own Thanksgiving

If you’re up for a bit of a challenge, cook your own Thanksgiving dinner. Invite American students that you’re studying abroad with, in addition to new local friends. Most foreigners don’t know the meaning of Thanksgiving, but they will probably be willing to feast and give thanks with you. There won’t be room for many shortcuts or pre made options in your meal, as many foreign cities don’t have grocery stores with the same products that you’ll find in the United States. This might mean starting from a fresh pumpkin instead of pumpkin puree from a shelf in Stop and Shop in order to bake a pie. Some ingredients might not even be available to you, but don’t let that stop you!

If turkey is not part of the local fare, use another bird, like duck or chicken, or anything that is local to your region. Involve your foreign friends in cooking and create delicious fusions- ask them to bring mashed potatoes, for example, and let them cook them using whatever spices and sauces they typically use. While it won’t be traditional American, it will be unique to your Thanksgiving abroad. 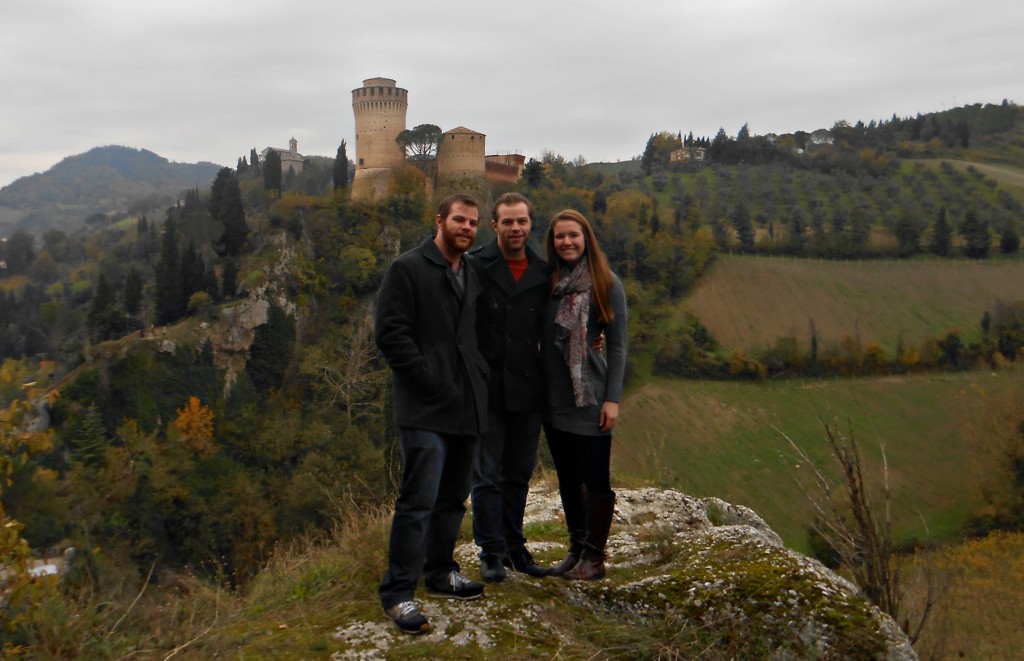 For some study abroad students, this will be the most difficult day of their semester because Thanksgiving is one of the biggest family-oriented holidays we celebrate. Take your mind off of the festivities you’re missing in the United States by traveling somewhere new. I studied abroad in London but spent Thanksgiving in Florence and the surrounding Tuscan countryside. This took my mind off of the fact that I wasn’t in Massachusetts with my parents, grandparents, and siblings.

If you can’t travel far on Thanksgiving, consider taking a day trip or visiting a part of the city that you’ve never seen before. The change in scenery will get your mind off of being home and onto the amazing sights and sounds that are study abroad! Try to keep in mind that there will be plenty more Thanksgivings in the years ahead, but this might be your only chance to study abroad.

You’ll like this too: How to Deal With Being Abroad for the Holidays

Get on Skype with the fam

For many students, this holiday will be just another Thursday in their academic life abroad. You’ll probably have class and not much time for Thanksgiving activities. If you’re missing home and want a little bit of Thanksgiving action, Skype your family. If your family is like mine, the whole gang is together and you’ll be able to say hi to everyone at once. I’ve heard of some people going as far as to Skype with their family during dinner time- they even got a place set for them! Whether or not you choose this option, I’m sure your family would love to hear from you on this family holiday.

Be thankful for where you are

Maybe you don’t want to practice American customs while you’re on foreign lands. Maybe you’re not able to celebrate the holiday despite your best efforts. If nothing else, take a moment on November 27th to be thankful, especially for being able to study abroad!

Thanksgiving is one of my favorite holidays and when I was abroad, it was the only day I felt homesick. I knew that my family was gathered at my grandparents’ home and the only one missing was me. Despite this, I made the best of my holiday by sharing it with my American friends and a few new international friends. Whatever your Thanksgiving plans are, try to make memories on this holiday that you’ll talk about for years to come, no matter if you incorporate American traditions or not.