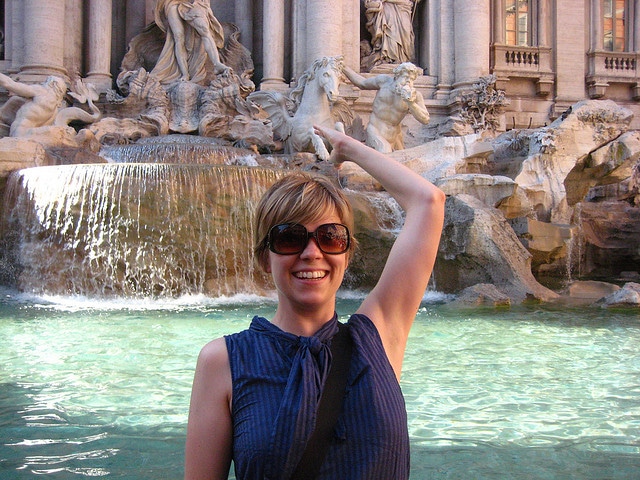 A huge part of studying abroad in Europe–besides studying– is traveling throughout the beautiful continent. Europe makes it very easy and affordable to hop from one country to the next for a weekend, and each city offers breath-taking views that should be captured through a lens and shown off upon your return home. There are some sights, though, that can be considered “must-snap” opportunities – either for their history, their beauty, their rarity, or maybe just for their oddity! Here’s a few of our top picks of must-snap photo ops – so get those lenses focused and get ready to start clicking away!

1. Trevi Fountain, Rome, Italy
Besides being the most well-known fountain in the world, everyone should visit the Trevi Fountain because it’s absolutely beautiful and in an ancient city.  Grab a friend and ask them to snap this picture for you, because you’re going to have to be in it. Legend says that if you throw a coin into the fountain with your right hand over your left shoulder (make sure you do it the right way! Italians are finicky!), you will return to Rome. Take your chances and make sure to toss a coin in while someone is documenting with a camera! 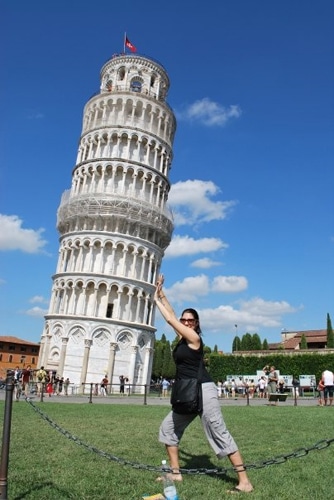 2. Leaning Tower of Pisa, Pisa, Italy
This tower is not the same as the tower of Cheeza (Goofy Movie fans, so sorry) but it definitely is another picture you’re going to have to be in the frame for! It may take a few minutes to set up the shot, but both pushing the tower over and keeping it from crushing you are classic shots- one you’ll absolutely have to be in. Other options include holding the tower in your palm, reclining against the tower or just taking a plain old boring picture of the tower, but that’s no fun. After your photo shoot, you can definitely have some fun like these guys did…just make sure you don’t get slapped from ruining their must-snap! 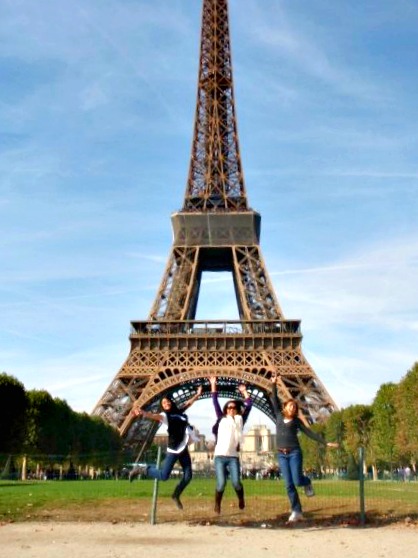 3. Eiffel Tower, Paris, France
The Eiffel Tower looms over Paris like a beacon, both day and night, and is one of the most iconic attractions in the world. If you’re in Europe, you have to snap this picture, either during the day with the colorful flowers in the foreground or at night when it illuminates the sky and sparkles every so often (don’t google it sparkling until you get there. Seriously. It’s worth seeing it in person for the first time). There are tons of different angles you can see it from, but getting a shot of it from Champ de Mars, a nearby park with unparalleled views, is a must. Then feel free to get creative: jump in front of it, hug one of its legs, wear a beret in the picture with it. Just make sure you also get a shot of the Eiffel Tower standing alone in all of its 1,063 foot glory. 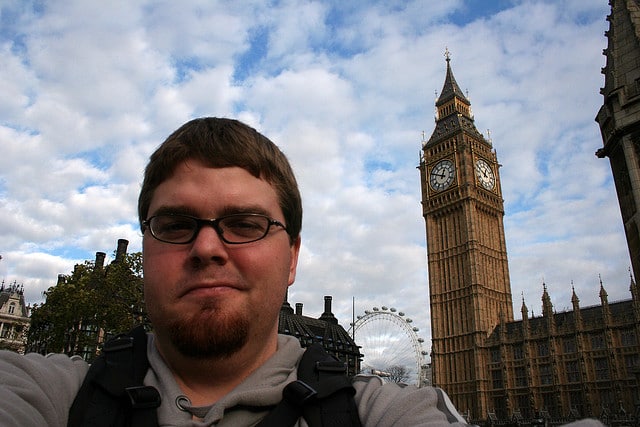 4. Big Ben & Parliament, London, England
London is a major world city and should be a stop on every study abroad student’s list. Big Ben stands regally over the Thames and the London skyline adjacent to the Houses of Parliament. Besides how beautiful the buildings are, they are incredibly important in regards to British and world politics, therefore a picture is necessary for multiple reasons – beauty, but also historically and politically. The number of possible angles is endless but some good ones are from Westminster Bridge, from the South Bank or right in Big Ben’s shadow outside of Westminster Underground station. Though it’s a difficult task to complete in the rainy London weather, try to catch Ben on a sunny day if you can. The difference in atmosphere is incredible. 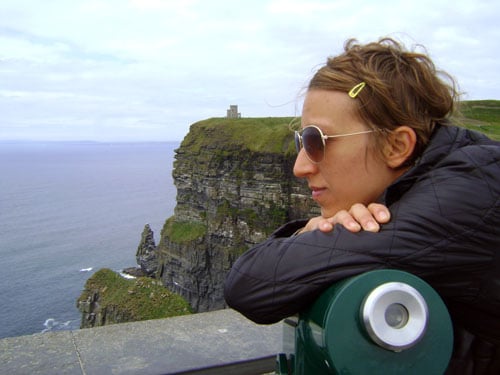 5. Cliffs of Moher, County Clare, Ireland
The Cliffs of Moher are one of the only a few places of natural beauty to make this list and they make it because they are truly a wondrous and incredible part of nature because of their enormity. These cliffs have had their share of stardom for their hulking and intimidating presence – even playing a role in Harry Potter! Whether you go on a windy, sunny, rainy or cloudy day, the cliffs never disappoint, because each provide a different, yet still incredible, backdrop to the coast of Ireland. But, of course, with any photo op, a sunny day would be ideal. Make sure to snap the picture with as much of the length of the cliffs as you can. If you’re feeling daring, have a friend take your photo while you sit and dangle your feet over the edge and make everyone at home jealous. 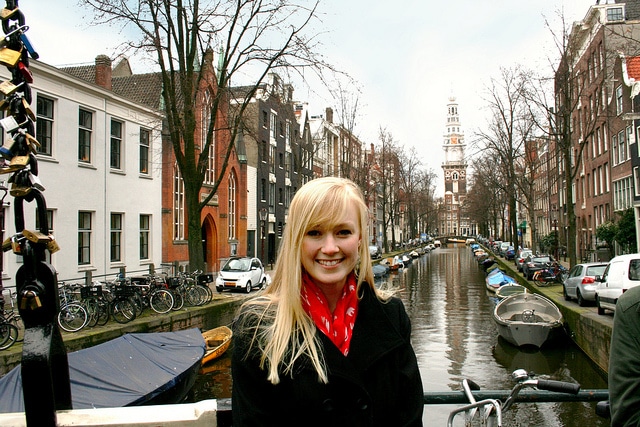 6. Canals, Amsterdam, The Netherlands
As there are more than 150 in the city, you can’t walk a few meters without crossing a canal in Amsterdam. Pick any canal and stand on any bridge that spans it’s width to snap your shot. If you get a bike and boats in the picture, it’s even more perfect and iconic of Amsterdam. Some of the more famous canals include Herengracht, Keizersgracht and Prinsengracht- in English, the Lord’s Canal, the Emperor’s Canal and the Prince’s Canal. (Do we see a theme here?) Some of the most beautiful and colorful homes in Amsterdam are on the roads adjacent to these canals, making your your shot absolutely stunning.

7. Beer Festival, Munich, Germany
Everyone knows of Oktoberfest, but there are many other awesome beer festivals in Munich and cities around Germany. Starkbierzeit, which means strong beer fest, for example, usually takes place in March; it is just as much fun, and it is not difficult to find other festivals like it. That being said, there’s no excuse not to visit Munich while you’re studying abroad, order a stein of your favorite bier and get that photo snapped. Whether you choose to smile with your stein, chug it or “Prost” another bier drinker if you have the arm muscles to do it, this is a classic German picture that all study abroad students should have in their collection. If you happen to be wearing a dirndl or lederhosen, the picture can only be more epic. Ladies, braids are also a plus. PROST!

8. Sagrada Família, Barcelona, Spain
The Sagrada is the most visited tourist attraction in Barcelona, and for good reason! Though construction began in 1882, this behemoth of a Roman Catholic Church is not set to be complete until 2026. But don’t put off seeing it until then- you can still tour the inside, which is finished and absolutely magnificent with soaring arches, beautiful stained glass,and detailed stonework that will take your breath away.  When you do visit, make sure to take a picture of the tall spires and the outside walls that from afar look like they’re melting. Though the architect Antoni Gaudí never got to see the fruition of his design, make sure you get to appreciate this architectural masterpiece and one-of-a-kind church. 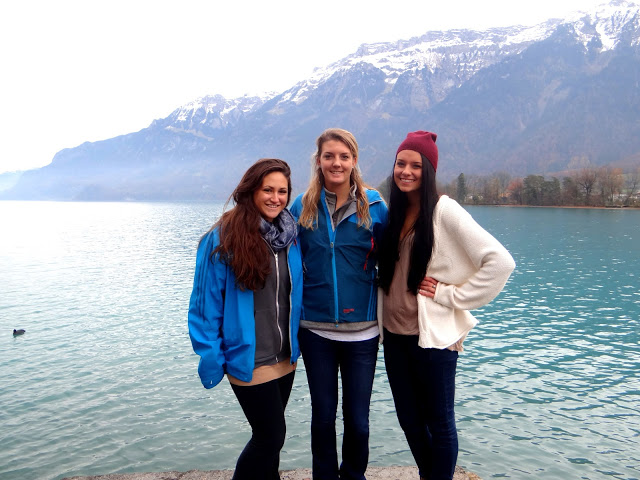 9. Central Eastern Alps, Europe
The location is not very precise, but taking a picture of the Central Alps in any of the countries that the mountain range runs though would be exquisite. The lakes shine with pristine glacial water – usually a bright blue set against the green valleys and small towns that dot the landscape. These little communities are the foreground to the gargantuan mountains that rise up in the background for a momentous view topped with snowcapped peaks that dare you to redefine perspective. A large portion of the Central Alps is in Austria, but they also extend through parts of Switzerland, Italy, Lichtenstein and Slovenia. No two pictures of the Alps could ever be the same, so any snapshot of the Alps is a good one! You cannot mess up this picture unless you fail to take it. 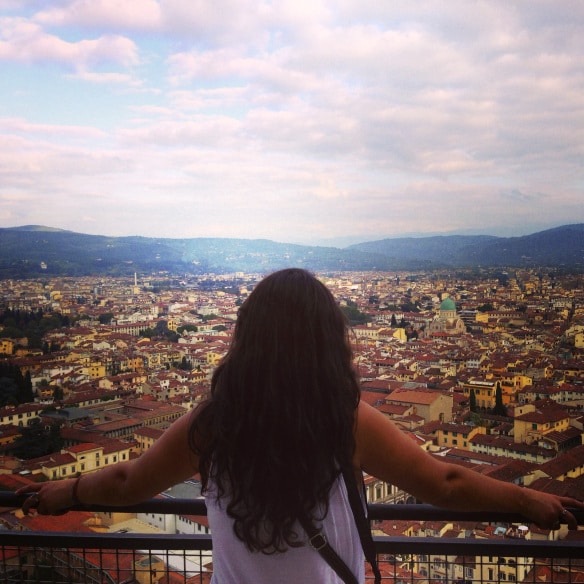 10. The top of the Duomo, Florence, Italy
The entirety of Florence’s skyline could make this list, but in the interest of being precise, a photo from the classically beautiful Duomo has to be chosen. When taking a picture of the Florence skyline,  especially from the top of the Duomo, the photograph will inevitably also capture the other terracotta-colored roofs and buildings that Florence is home to, making for a breathtaking shot.  This picture from above will absolutely wow your friends stuck back at home. If you don’t want to shell out the €8 just for a photo, alternatively, a snapshot from Piazzale Michaelangelo will encompass the entire city from an elevated view. After you snap your shots, make sure to sit upon the steps, listen to the street performers, and share a bottle of wine while you watch the sunset.

Your semester studying in Europe will be memorable no matter where your weekend travels take you. While studying in Europe though, these cities and sites can be a great place to begin some of your journeys while ensuring that your photos make your friends and family back home extremely jealous.