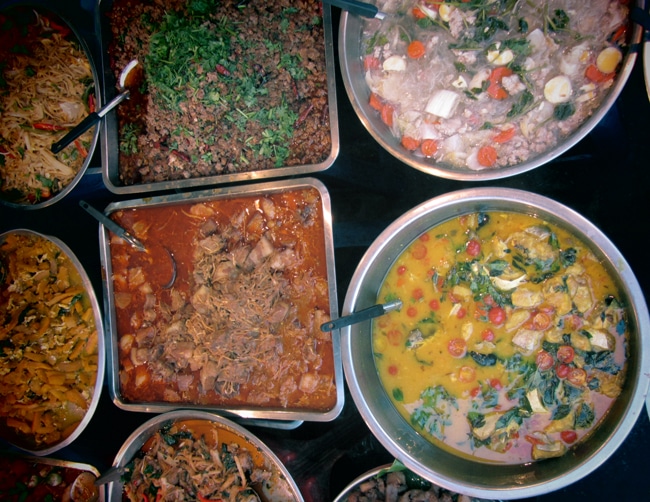 The Abroad Guide to Chiang Mai

Thailand is always a hit with students, study abroad-ers and those on their gap year thanks to the sunny weather, stunning islands, delicious food, wild nightlife and highly affordable (CHEAP!) cost of living.

Bangkok’s hot and crazy, the islands are often crowded and (relatively) expensive, but the northern town of Chiang Mai is just right with cooler temperatures, several universities and expat circles, and some of the cheapest grub in the country. Here’s what you need to know about staying in the Rose of the North.

First things first…
The largest city in the north is more than 700 years old and the jumping off point for exploring northern Thailand (like the towns of Pai, Chiang Rai and Mae Hong Son). Many people don’t make it too far away though, quickly falling into the slower rhythm of life while still having all the necessities (WIFI! Bars! Vegetarian cafes!) taken care of.

People speak Thai and in a local northern dialect, but English is widely spoken thanks to being on the backpacker trail and Chiang Mai’s popularity among expats.

The currency is Thai baht with a conversion rate of around 1 USD to 30 baht. 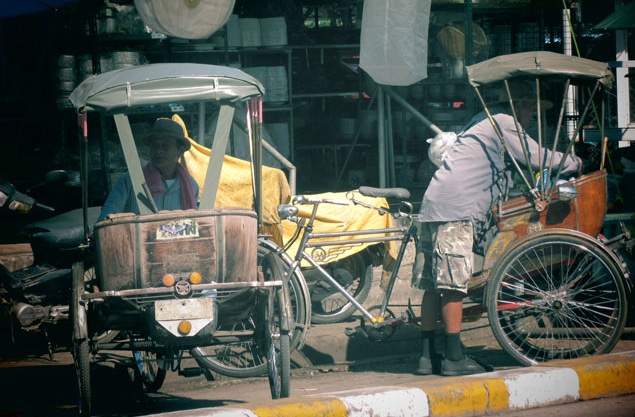 Getting there
Flying
Chiang Mai has an international airport (CNX) and flights between Bangkok and Chiang Mai usually can be found for around $60. There are often specials, however, especially on the budget airlines like Air Asia.

Train and Bus
While some people like the party-train atmosphere of the night train between Bangkok and Chiang Mai, the ride will actually take you around four hours more than a night bus.

Buses can be found leaving every 30 minutes or so from Bangkok’s Mo Chit station (this station has buses heading north). Tickets range from about $12 – $25 depending on the level of seat you purchase (regular, VIP, etc.) and can be bought at the station from one of the many tour operators. The ride takes about nine hours and the bus should make at least one stop part way through where you can get food with your meal coupon that’s part of the ticket.

Accommodation
There are few actual hostels in town, but affordable accommodation can be found in the town’s guesthouses. The highest concentration of guesthouses is around the eastern gate (Tha Pae Gate) of the Old City. While there is a range of quality and prices, most guesthouses are perfectly acceptable and can help you with organizing tours, motorbike rentals and visa runs.

Some of the popular places to stay among the younger crowd are Little Bird Guest House, Giant Guest House and Kavil Guest House with rooms from around 120 – 300 baht (about $3.80- $9.65 USD). 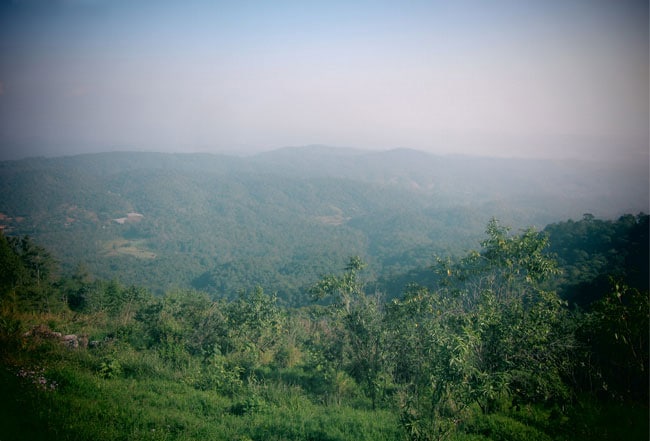 City Highlights
•  Temples, temples, temples – there are hundreds of them. Literally.
•  Nightlife on Nimmanhaemin Road
•  Doi Suthep, the mountain on the west side of town with waterfalls and temples (here’s a guide on how to get there on the cheap)
•  Beautiful day drives surrounding the city – rent a motorbike and go exploring!
•  Night markets on Saturdays and Sundays
•  Wandering around the crooked, tiny sois (little streets) of the Old Town 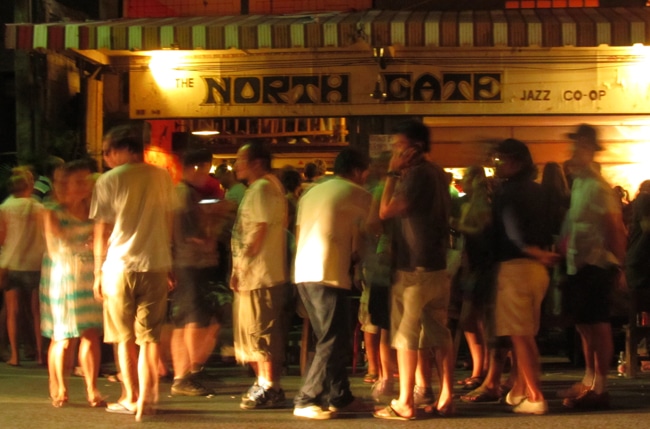 Eating and Partying
Food is absolutely everywhere. On the streets, at the markets, in guesthouses, at 7-11s on every corner…you will not go hungry, or broke, in Chiang Mai. Many street stall dishes – everything from fried rice to phad thai to som tam (spicy green papaya salad) will cost you 30 – 40 baht (about $1). For something new try the northern specialty, khao soi, a sweet, creamy, spicy curry soup with yellow egg noodles and chicken.

For nightlife, check out one of the many reggae bars like Roof Top bar near Tha Pae Gate or Freedom Bar. Live jazz and an interesting mix of tourists, locals and expats can be found at the North Jazz Co-Op. Or head where the students go around Nimmanhaemin Road near Chiang Mai University for trendy bars and late night clubs.

What else do you like to do in Chiang Mai? Will you be visiting during your study abroad semester? Let us know in the comments!

Alana (@alana_morgan) is a twenty-something traveler trying to figure out life one place at a time. Check out more of her stories, photos and experiences of what it’s like to be a young expat in Asia on her blog Paper Planes. 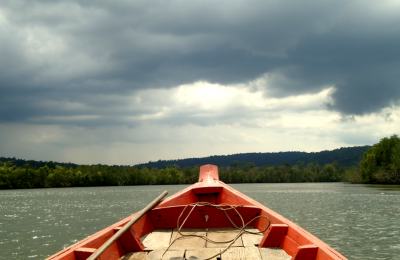 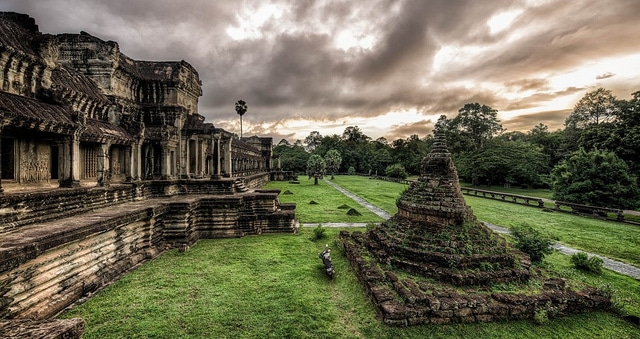