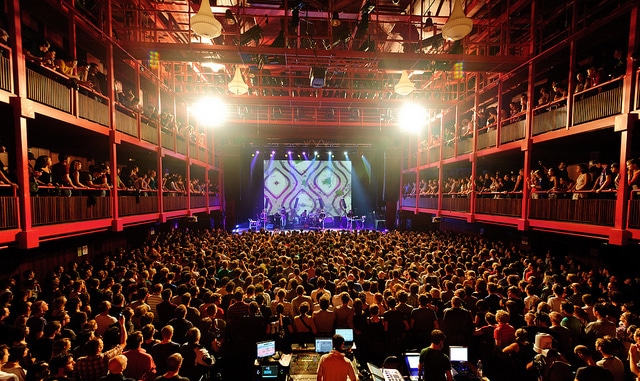 The Best Countries to Study Abroad in for Music Lovers

Music is a universal language and every country has its own dialect. Each culture has had a unique influence on modern-day music, and one of the best ways to feel immersed in a new country is to become part of the local music scene. From directly enrolling in a music conservatory, to attending local performances, there is an infinite number of ways to get involved musically while abroad. To help our fellow music lovers, we have narrowed down a list of the best countries to study abroad in for everyone from music majors to casual listeners.

Japan
The country with the second largest music market in the world, music has played a huge role in Japanese culture and history. The earliest Japanese music came from Buddhist chanting and orchestral court music, and it was so important that Samurai listened to this type of traditional music when training in order to become more enlightened. Today Japan is home to some of the best orchestras in the world, containing a unique set of string instruments including the koto, the shamisen, and the horse-head fiddle. Modern music such as Jazz, J-pop (Japanese pop), and Rock have also taken over the music scene, and contemporary music groups have received world-wide fame for their intricate dance routines. Japan is also home to the first karaoke machine, and students should never miss an opportunity to hit up the nearest karaoke bar with locals on the weekends. 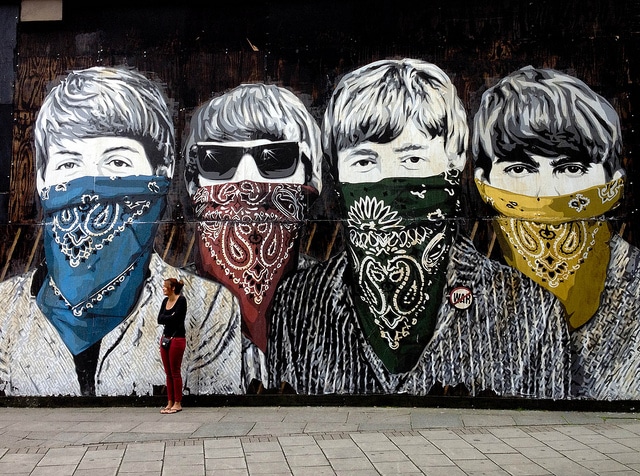 The UK
No music lover can overlook the UK, as the majority of the most famous bands in the world have come from England. This region has been changing the musical game since Medieval times, with the Protestant Reformation affecting religious music, which is the foundation for all modern music. Traditional Irish and Scottish music led the way for many contemporary folk bands, and based on the influence that British classical composers had on music, it is no surprise that so many great bands formed during the British Invasion. There are many music opportunities that students can partake in when studying in the UK: play with one of their professional or amateur orchestras, learn the bagpipes, or just enjoy any of their world-renowned performances.

Austria
Home to some of the greatest musicians of all time such as Mozart, Schubert, and Haydn, Austria has a lot to offer to music lovers. Vienna and Salzburg are considered to be two of the birthplaces of classical music and students can visit Mozart’s birth house in Salzburg and his later residence in Vienna. These cities offer everything from world-class orchestras and operas to a large underground electronic scene. Austria is also home to the yodel and many forms of traditional dance music, including the waltz. Students can enroll in famous music conservatories such as the Mozarteum or liberal arts universities that offer general music classes. No semester or year abroad in Austria is complete without attending a performance of one of Mozart’s operas!

Ghana
One of the most musically-influential African countries, Ghana’s music has been studied by professionals for hundreds of years. Similar to Indian music, West African music emphasizes the improvisatory quality of music as opposed to directly stressing notation. Ghana is home to Highlife, a type of music that meshes traditional Akan music with Western instruments and ideas, and is characterized by jazz-like horns and multiple guitars. This small country is one of the frontrunners in drum/percussion studies, and music students will be totally immersed in the world of rhythm. 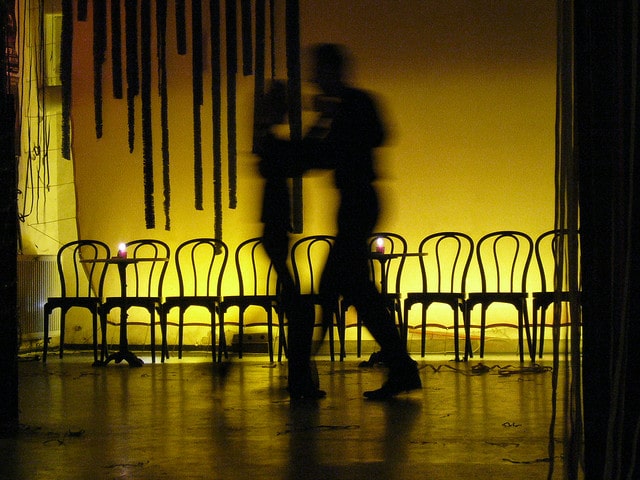 Argentina
Known mostly for tango music (which originated in Buenos Aires), Argentina is one of the best music hubs in South America. Buenos Aires in particular is famous for its underground and hidden milongas, or tango clubs, where visitors can try their feet at the sexy tango or just soak up the Argentine beats. Argentines put a great deal of emphasis on music that includes folklore/traditional ideas and instruments, and even their rock and electronic music include these elements. The music scene in Argentina includes everything from salsa and merengue to bumping electronic raves, and students can enroll in a music conservatory  or take general music classes at most of the universities.

Jamaica
For such a tiny country in the middle of the Caribbean, Jamaica has one of the best music scenes in the world. Jamaica features a fusion of music from the US, Africa, and neighboring Caribbean islands with a focus on reggae, dancehall, ska, blues, jazz, and dub music. Jamaica is home to toasting, which is the first form of rap from the 1880s. This early rap involved stripping music of its vocals and local DJs toasting (or delivering funny jabs) to other local DJs. Similar to today’s rap music, Jamaican toasting often involved political and rival posse commentary. Students can relax to the voice of Bob Marley and boogie down in dancehall clubs, or partake in some of Jamaica’s unique music volunteer programs when they’re not in class.

Germany
Germany is one of the highest classical composer-producing countries in the world with some of the most famous including Bach, Handel, Beethoven, Mendelssohn, Wagner, and Brahms. This country has played a huge influence in the progression of music for the last century and is home to some of the best orchestras in the world. Germany has been in the forefront of modern music too, with a huge underground music scene in big cities such as Hamburg and Berlin, and some of the world’s best pop/electronic musicians. Students can enroll directly into music schools in almost any German city, take general music classes at major universities, or just soak up the musical culture by attending concerts and other performances. 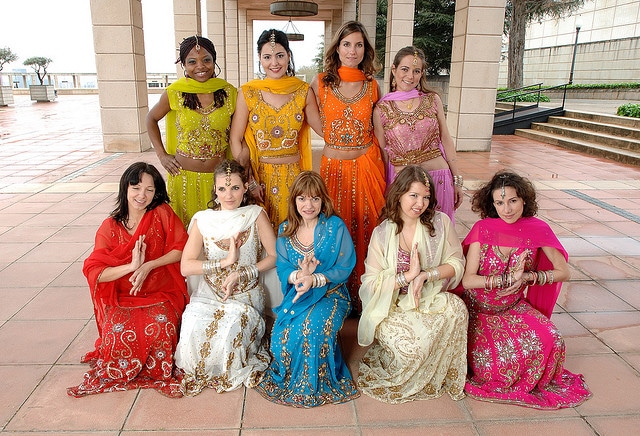 India
Music in India began as an integral part of socio-religious life and some of the oldest music in the world comes from this country. As opposed to Western music which is written and interpreted horizontally, Indian music is often notated with more freedom or not notated at all. This emphasis on phrasing versus explicit organization is a reflection of their unique culture.  72% of music sales in India come from filmi, or songs from Hindi films (commonly referred to as Bollywood movies). Film composers are among the most famous celebrities in India and locals take Bollywood music very seriously. Showings of Bollywood movies can sometimes last up to two to three times the length of the original film because locals request the songs be repeated so they can dance and sing along. Music and other forms of performance are some of the most popular fields of study in India, so students should take advantage of the many performance arts classes offered.

Even though every country and culture has its own musical mindset and form of expression, there are many overlapping factors that tie them together. Each country has something to offer music lovers, and students will surely return to the US with a new appreciation for global music. This list barely scratches the musical surface — it takes living in these countries to truly experience their contribution to our world’s music culture. Be sure to take that salsa class and wait in that long line for tickets to see the Vienna Philharmonic Orchestra…you will be so happy that you did!
Photo sources: Kmeron via Flickr, James Jardine via Flickr, mojitopt via Flickr, Thundershead via Flickr 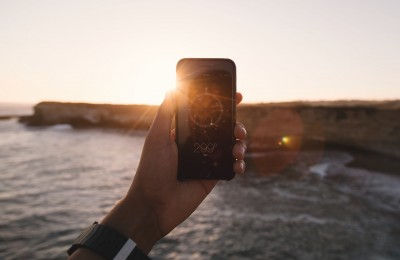 8 Important Pieces of Tech to Get Before Studying Abroad 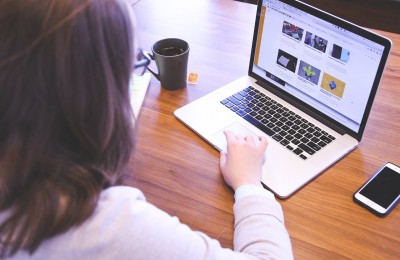 How to Start a Blog for Your Study Abroad Semester 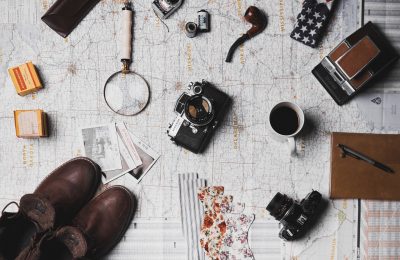 15 Items You’ll Be Glad You Purchased Before Going Abroad